Embattled President of Nigeria Senate, Olubukola Saraki has been freed at last after a five-man panel of the apex court led by Justice Dattijo Muhammad unanimously upheld his appeal, by dismissing the remnant three counts, declaring the evidence led by the prosecution as hearsay.

The Danladi Umar-led CCT had, in June last year, terminated the trial upon an application by Saraki, by dismissing the entire 18 counts preferred against the Senate President.

The CCT’s decision was based on the grounds that the prosecution, with its four witnesses and 49 exhibits tendered, only led hearsay evidence which could not be the basis to link Saraki to the 18 counts preferred against him.

However, the Court of Appeal in Abuja ruling on December 12, 2017, in an appeal filed by the Federal Government against the decision of the CCT, restored three out of the dismissed 18 counts and ordered Saraki to return to the CCT to defend the three charges. 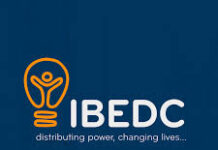