Alongside the song, Gabination also released the visuals.
The song, according to Gabination, is major composed from talking drum.
Gabination said his concept of ‘Ijo Ope Drum Vibe’ is using only talking drum to create an afro-pop music.
Gabination said, “You know a song in Nigeria is majorly made up of a lot of elements, talking of piano, guitar, drums, amongst other musical instruments. But ‘Ijo Ope Drum Vibe’ is a song that is made solely from percussion.

“It is a rare kind of song and everyone loves it to my surprise.”
The Ijo Ope Drum Vibe crooner, further revealed the story line of the song.
According to Gabination, the song is about gyration. “It’s a street anthem kind of song that everyone can relate to, most especially the youths and people that loves conscious music.” He added.
sharing is Caring... Please Share 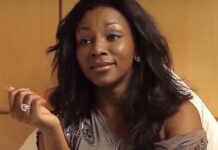