walgreens suboxone levothyroxine cost walmart antibiotics without a prescription treatment for epididymitis over the counter why do you need prescription for antibiotics how often to take amoxicillin 500mg
25.9 C
Lagos
Saturday, February 27, 2021

In 2011 he also ran for the vice-president role on the losing ticket but now, at the age of 51, is strongly placed to emerge as the successor to Ellen Sirleaf Johnson.

The former Chelsea and Manchester City player was a three-time winner of the African Footballer of the Year prize.

He was crowned World Footballer of the Year in 1995, comfortably beating German legend Jürgen Klinsmann into second place.

Other footballers to enter politics include: – Pelé and Zico have both served as Brazilian sports ministers 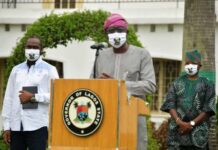