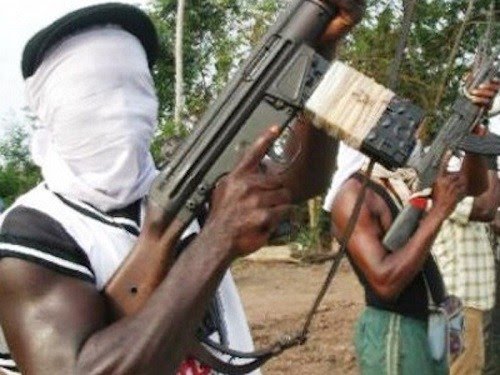 Six bandits were on Monday night killed when police and unknown gunmen engaged in a gun duel at Omuma town in the Oru East Local Government Area of Imo State.

Omuma, which is the home town of the Imo Governor, Hope Uzodinma, had experienced gunmen’s invasion, including the killing of no fewer than seven security operatives, attacking of police formation and razing of the governor’s residence.
The latest attack claimed the life of the Divisional Police Officer of Omuma police Division, Fatmann Dooiyor, a Chief Superintendent of Police.
No fewer than three vehicles were recovered as police arrested eleven suspects in respect to the repelled attack.
The police spokesperson for the state, Micheal Abattam, who confirmed the development, told our correspondent that tactical units of the command Swifty ambushed the bandits.
The command’s spokesperson said, “On July 26, at about 16:20 hours, armed bandits in a convoy of three vehicles were repelled in Omuma Town in Oru East LGA of Imo State.
”According to the Area Commander, ACP Benjamin Abang of Omuma Area Command, who stated that, based on information received that bandits were sighted moving in convoy into Omuma Town, he immediately alerted the ever-active tactical teams of the command who swung into action, ambushed and launched a surprising attack on the convoy of the bandits which resulted to the neutralisation of six of the bandits while eleven of them were arrested to the station.
“Unfortunately, the Divisional Police Officer, CSP Fatmann Dooiyor paid the supreme price. The teams later recovered the three vehicles abandoned by the bandits to the station which includes, two Toyota Highlander SUV vehicles with registration numbers Abia MBL 517 AT and LAGOS , JJJ 984 EL respectively and a milk colour unregistered Lexus Jeep to the station.
“Presently, the command’s tactical teams and Special forces led by ACP Evans E.Shem are combing the bush for possible arrest of the bandits that fled into the bush.”
He also disclosed that the state Commissioner of Police, Abutu Yaro, had warned that bandits with a penchant for sporadic incursion from neighbouring states should keep off the state or face dire consequences.
sharing is Caring... Please Share 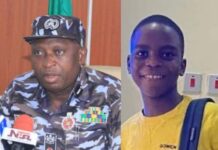