botox cost per unit wholesale 2018 cheapest place to get tamiflu cheaper alternative to levemir m9ney gram near me amoxicillin dosage for humans will ciprofloxacin treat gonorrhea
26.2 C
Lagos
Thursday, May 13, 2021

Former military president, General Ibrahim Badamasi Babangida, has weighed in on the controversial Hate Speech Bill, saying nobody can Muzzle Nigerians and deny them freedom of speech.

‘Is It Not A Crime For Herdsmen To Murder Dr. Aborode’... 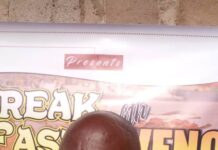