Harrysong has come out to reveal why he released another version of his wave making single, Selense where he featured Kizz Daniel and Reekado Banks.

According to him, the hatred between the artistes, made Harrysong release two versions of one song.

When popular Nigerian singer Harrysong released another version of his hit track, Selense, so many people wondered why.

He has now revealed in an interview that the feud between Reekado Banks and Kizz Daniel was the reason he had to make a second version, because according to Harrysong, Kizz Daniel did not want to be on the same video with Reekado Banks.

Harrysong then went ahead to release the new version featuring Iyanya and Dice Ailes, and stopped the promotion of the original version which featured Kizz Daniel and Reekado Banks.

According to the Reggae Blues singer, he said he was upset because Kizz Daniel refused to work on any song with Reekado Banks.

Speaking through his manager, Desmond Ike in an interview, Harrysong said;

“We tried to sort out the issue between both of them so that we could shoot the video, but Daniel refused vehemently; he didn’t want any reconciliation.

”Because of that, we decided to do another version of the song with Iyanya and Dice Ailes.

”Kizz Daniel was just being arrogant about the whole thing and behaving like he is a demigod.

”We don’t really know the issue between them, but it must be a long-standing feud. He said he didn’t want to be on any song that Reekado was featured on. He refused all our entreaties.”

Ghana: How John Mahama Lost After Failing To Listen To Primate... 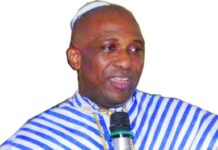