how much is azithromycin is sulfameth trimethoprim a strong antibiotic? how much is an adderall prescription out of pocket amoxicillin cream over the counter oseltamivir alvogen
26.2 C
Lagos
Tuesday, September 21, 2021

The yet to be resolved menace of herdsmen in Nigeria has once again repeated itself and this time in Ogun State as a farm produce worth N6.8m were destroyed as herdsmen invaded a four-hectare cassava farm in Likosi-Alabata village in Papalanto, Obafemi-Owode Local Government Area of the State.

The herdsmen we gathered also inflicted machete cuts on one of the workers, who is now in the hospital. However, the Police stepped in, with the farm owner and the herdsmen agreeing to settle out of court, while the suspected cow thief, a vigilante, will be charged to court.

The farm owner, Mrs Roseline Ogege, who narrated her ordeal in the hands of the herdsmen in Abeokuta yesterday, said the herdsmen have a camp close to her farmland. Ogege added that she had spent over N6.8 million to get hybrid species of cassava sticks with six month gestation period from an agricultural institute in Ibadan, lamenting that the cattle ate up all she cultivated on the four hectares of land. She said: “My workers went to the farm at Likosi Alabata village in Papalanto to check the farm as usual. But they met herdsmen with their cattle on the farm. “The cattle ate all the cassava sticks and when the herders saw my workers, they chased them out of the farmland. As they were running, one of them was caught and attacked with machetes.

“We reported the matter at Itori Police Station and were given one Investigating Police Officer to follow us to the farm and examine the level of damage.” Police intervene Contacted, the Police Public Relations Officer in the state, Abimbola Oyeyemi, confirmed the incident, adding, however, that the Police have settled the matter between the farmer and the herdsmen. He said: “It is true the cattle ate the cultivated cassava on the farm. But the herdsmen alleged that four of his herd were stolen. “The DPO Owode-Egba said he threatened to charge the herdsmen to court for malicious damage, while the vigilante, who was working on guard, will  also be charged to court. 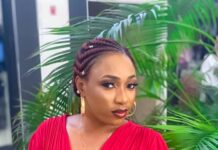