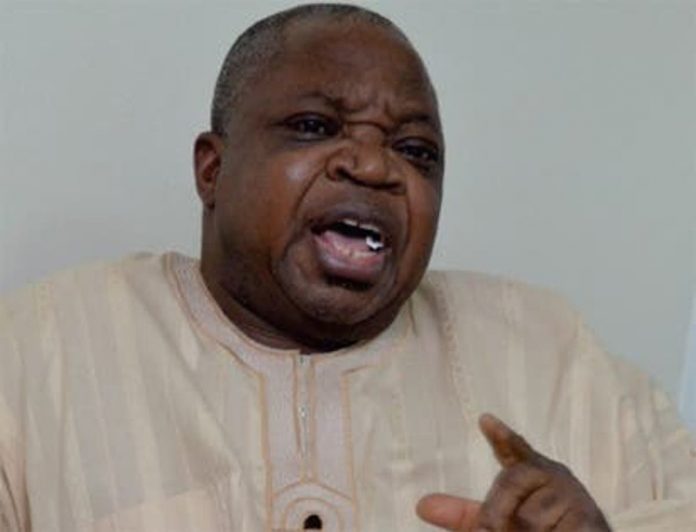 Ex-Accountant-General of the Federation (AG-F), Jonah Ogunniyi Otunla, and ex-Comptroller-General of Customs, Abdullahi Inde Dikko, refunded N6.3 billion and N1.9 billion respectively to the coffer of the federal government.

The two senior public officers refunded the said money to avoid being prosecuted by the Economic and Financial Crimes Commission (EFCC)
Otunla was the AG-F between 2011 and 2015 while Dikko was the Customs’ Comptroller General between 2009 and 2015.
While Otunla returned N6,392,000,000.00; Dikko returned N1,596,000,000.00 (naira equivalent of $8million, computed at N197 to a United States dollar the prevailing exchange rate at the time).
Details of the deals leading to the refunds are contained in documents Otunla and Dikko filed in court to back up the suits they instituted against the Economic and Financial Crimes Commission (EFCC) and the Independent Corrupt Practices and other related offences Commission (ICPC).
In the suits, they queried the decision of the anti-graft agencies to insist on prosecuting them on corruption charges after they were told to make refunds in lieu of prosecution.
Otunla claimed that the now suspended acting Chairman of the EFCC, Ibrahim Magu, promised him that he would not be prosecuted, should he return funds traced to him, companies linked to him, and his associates.
He stated that sometime in 2015, he was invited by a team of EFCC investigators, probing alleged diversion of funds from the Office of the National Security Adviser (ONSA) and the Power Holding Company of Nigeria (PHCN) pension funds.
Otunla said he met with Magu in the course of the investigation, when the then acting EFCC chair told him to “refund the monies linked to your companies and nobody will prosecute you.”
He said based on Magu’s promise, he had a reconciliatory meeting with the investigator, where he immediately undertook to make available some funds as refunds.
In line with the agreement, Otunla said one of the companies linked to him – Stellar Vera Development Ltd – refunded N750m; another company – Damaris Mode Coolture Ltd – refunded N550m, while the two firms later made additional joint refund of N2,150,000,000.00.
He added that, at a point, he raised several bank cheques for N10m in favour of the EFCC which he handed to its Economic Governance Section.
sharing is Caring... Please Share

Harvard Has Confirmed I Was Their Student – Chika Ike