31-year-old Bisola had declared her love for singer on Twitter, stating that age won’t be a barrier.

Bisola later dismissed the post, saying she did that to get the attention of the public.

Reacting, Akoh told Punch that there was no way he could have been in a romantic tie with someone who was much older than him.

He said, “I was there when she made the post and it was funny. She made the post in the night and when I woke up the next morning, it was everywhere. But the truth is that she put her life on the line for me and I appreciate her for that.

“She just felt that way and put it on social media. She didn’t mean it and it is a free world where you can say whatever you want to say and do whatever you like.

“People apparently took it seriously; everyone has his or her opinion about life. I am not bothered a bit about that. The truth is she is not dating me; I am definitely too young for Bisola.

“She is more experienced than I am, so, we are not on the same pedestal. I can date someone older than me, but not by a 10-year difference.” 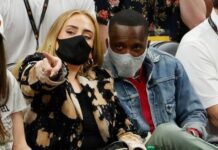 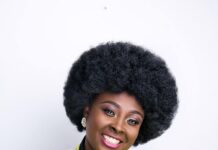