how to get rid of yeast in men buy zithromax without presc cost of abilify 5mg over the counter medicine to treat chlamydia what is the cost of avastin symbicort free for one year
32.2 C
Lagos
Sunday, October 24, 2021

The Speaker of the Bayelsa State House of Assembly, Rt. Hon. Tonye Isenah has insisted that he remains the Speaker despite claims that he has been impeached on the grounds of offences ranging from gross misconduct to derogation of duty by other lawmakers on Monday.

According to the Speaker, he convened the House, led members through a plenary session and adjourned sitting, insisting that anything that happened after he left the state assembly complex amounts to illegality and against the rules of the house.
It was alleged that 18 members of the House led by the Deputy Speaker, Hon. Abraham Ngobere ordered journalists out of the state assembly complex and impeached the speaker, 30 minutes after he left the premises, and swore Hon. Monday Obolobubo in as the new Speaker.
According to reports, the Speaker had been under intense pressure to resign his position because his kinsman, Senator Douye Diri, had emerged the flag bearer of the Peoples Democratic Party (PDP)in the forthcoming November 16 governorship election in the State.
Reacting to the purported impeachment, Hon. Isenah said “It was alleged that I was going to resign today. While I was addressing members of staff, I said today this may be the last time I may be addressing them. Yes, I said that.
“But before then, when I met with my constituents, I was told that I have not committed any crime and that if I must resign, it should be based on the federal character principle. That is to say that if a governor emerges from my LGA, I should resign and I know that fact.
“But I am the speaker of the state house assembly and not the speaker of any individual. So when I got to the assembly complex, maybe the general expectation was that I would be resigning but I didn’t. I simply got into my car after the house concluded the plenary session, I entered my car and drove off.
“When I arrived there today, I saw a heavy security presence and was wondering what was happening. So the shooting may have resulted from the fact that they were trying to scare people away because some persons were trying to forcefully gain access into the premises.
“I didn’t enter any agreement to resign after Douye Diri becomes the flag bearer of PDP. If there is an agreement to that regard, they should bring it and show Bayelsans. I have been with my boss, Seriake Dickson for 15 years loyal and working.
“Why would anybody think I have to resign for PDP to win the election? PDP is a party that is on the ground in Bayelsa state. For example, when Dickson was contesting to become governor, the speaker then, Nelson Binabo, was from his Local Government Area.
“Today Kolokuma/Opokuma LGA has the opportunity to produce the next governor and I am working towards that. But what if we don’t get the governorship and I have been impeached before the election, what happens to my people?
“They have the right to think that I have been impeached but whatever happened after I left the assembly today, amounts to illegality. Because as the speaker, I convened the house, we had plenary, sitting was adjourned before I left and the same day they are saying I have been impeached.
“Who reconvened the house? Any resolution after sitting was adjourned in the house this morning, is illegal. I remain the speaker of Bayelsa State House of Assembly.”
sharing is Caring... Please Share 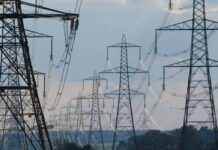 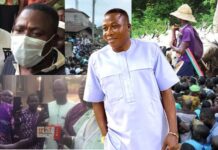 ‘Is It Not A Crime For Herdsmen To Murder Dr. Aborode’...