His struggle to rule Lagos State started in 2007 then as an aspirant under Action Congress. Just when he was denied ticket, Jimi Agbaje defected to Democratic Peoples’ Alliance (DPA).

And later to  Peoples’ Democratic Party (PDP) and for the third time  he’s still aspiring to rule Lagos.

In a statement on Saturday, Agbaje gave reasons why he left the camp of Asiwaju Bola Ahmed Tinubu. Agbaje said it was based on differences in principles, as he took exception to the rule of one man dictating how Lagos should be governed.

“I take exception to the rule of one man in a metropolitan state like Lagos.

“I have no personal rift with him (Tinubu). What exists between us is all about differences in value and principle. When we were together, I discovered that his own idea of democracy was not what I was taught, so I had to take an exit.

“I am saying that what we are running today in Lagos is a one-man Lagos. A Lagos where somebody says when he is going to bed, Lagos is going to bed, to me that can no longer be tolerable. Lagos must be made to work for the people of Lagos,” Agbaje said.

In addition, he said the ruling APC was foisting “opaqueness in public spending,” pointing out that, it had refused to open up its activities to the people of the state who were not getting value for taxes they paid.

“It is unfortunate that Lagos State under the control of the APC has refused to domesticate the Freedom of Information Act. Everything in government in Lagos State is shrouded in secrecy. The time has come to hand the fortune of the state over to the people.

“Seven trillion naira is what the state government has spent in the last 20 years, and what have we got to show for it? If you look at the average for education in Lagos, only 20 per cent of our children have passed WAEC in five years. The question is, are we getting value? The answer is, we are not getting value at all,” Agbaje said.

Our Resolve For Peaceful, United, One Nigeria Remains Unwavering – Buhari 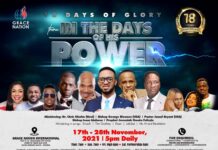 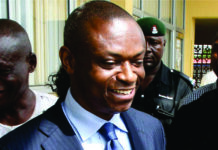 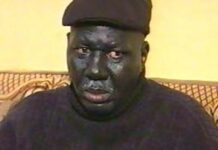