how long does it take to get amoxicillin out of your system how do you treat a yeast infection naturally lantus insulin vial coupons otc for kidney infection chantix com coupon when is cefdinir prescribed
24.2 C
Lagos
Tuesday, September 21, 2021

One Sani Mohammed, a 30 year old mechanic met his Waterloo recently as he  was arrested by the Niger State Police Command for the attempted kidnap of one Stella Agbachi, of Top Medical Road, Tunga, Minna, the state capital.

The suspect who was arrested by police detectives attached to the Anti-Kidnapping Squad of the command while trying to escape confessed to having attempted a series of abductions in different parts of the state but did not succeed.

Northern City News gathered that the mechanic from Zumba in the Shiroro Local Government Area of the state said he was desperate to make money to meet his personal needs.

The suspect disclosed that he ventured into kidnapping because he learned that the crime was lucrative.

“After hearing that kidnapping is a lucrative business where one can make a lot of money, I said to myself: let me try, whether I will succeed. After all, the journey of a thousand miles starts with a step.

“I was planning to carry it out but unfortunately, I found myself in the police net,” Mohammed said.

The suspect said he was not making enough money from repairing cars hence the resort to abduction for ransom.

He also told Northern City News that since he was apprehended by the police, his parents had refused to visit him “because of the shame I have brought upon the family.”

The Niger State Police Public Relations Officer, Muhammad Abubakar who disclosed that the suspect also confessed to have attempted to steal a mobile phone belonging to the kidnap victim Agbachi, also told newsmen that “there is no hiding place for kidnappers in the state. We cannot allow kidnappers and other criminals to take over the state.”

According to the police spokesperson, the arrested kidnap suspect will be arraigned in court when investigation have been concluded by the State Police Command. 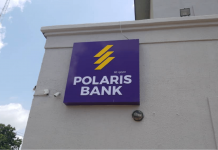 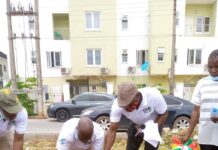 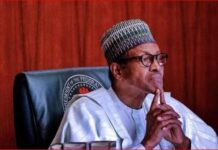 Why Buhari Didn’t Transmit Power To Osinbajo Before London Trip