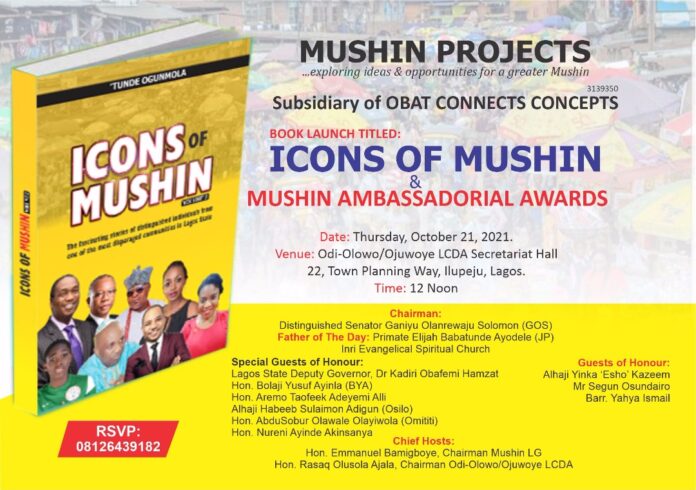 Author of “Icons of Mushin (Volume 2), which chronicles the profiles and achievements of celebrities born in Mushin area of Lagos, Mr. Tunde Ogunmola has said that the book is meant to erase the bad notion people have about Mushin-bred.

Ogunmola, who spoke at the public presentation of the book at the secretariat hall of Odi-Olowo/Ojuwoye LCDA at 22 Town Planning Way, Ilupeju, Lagos on Thursday October 21 said that the idea of the book was conceptualised many years back.

He added that the Volume 1 of the book was published in 2013 and that he discovered in his 20 years of practicing journalism that people have bad misconceptions about the people born in Mushin area.

The book, published by Mushin Projects, a publishing/events company, contains the profiles people raised in the area that have excelled in their chosen paths within and outside Nigeria.

“Many people believe that Mushin is a hotbed of crime, but I tell them that several people that have achieved came from Mushin, and that was what gave birth to the book, which Volume 1 was released in 2013,” he said.

A guest at the occasion, and a former Chief Press Secretary to the speaker of the Lagos State House of Assembly, Mr. Tolani Abati said that there were bad and good people in all areas of the world, adding that he knew a lot of good people that came from Mushin area.

“The author put the book together with fascinating stories about some successful people from Mushin, which is the most-disparaged area in Lagos, but a good place to stay.

“Many people think Mushin breeds area boys and thugs, but it is not so. We have several good people from Mushin and some are still coming out.

“It is a compendium for every single soul and it is an expository on the lives of many Nigerians from Mushin area.

“The author made us to understand that Mushin is not all about thuggery, but that it is an environment that has produced good people and visionary leaders in law, politics, journalism, entertainment, sports and several other areas,” he said.

Arogundade added that the 142-page book has 38 chapters that contain information about Mushin products that are household names, and that the author revealed that the Mushin environment is not a recipe for anybody to be a failure.

The event was sponsored by corporate organizations including Wema Bank, Ecobank, Bond FM, and Owuro Lawa.

Awards were later given to deserving individuals such as Senator GOS, Primate Elijah Ayodele and some others. 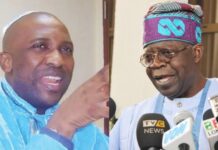