A serious case you’ll call it between Mrs. Mary Okolie, the 85-year-old  and her son the Commissioner for Local Government and Rural Development in Imo State, Chief Gerry Okolie.

This owes largely to the dehumanizing conditions she had allegedly been subjected to by her eldest son, Chief Okolie.For Mrs. Okolie, the rise to prominence of her son, which she had prayed for, has become her greatest undoing.Speaking to our correspondent in Orlu, she said, “My son, Gerry has done everything in his power to humiliate his siblings and to kill me, but for the grace of God”.

She disclosed that the commissioner has rendered every member of the family homeless and had “demolished my three-room kitchen line. I am not only homeless, but I cook my food in the open on a soak-away pavement under rain and sunshine.

“He not only ignored the letter, but refused to go and answer the elders-in-council. He keeps boasting that with his closeness to Governor Rochas Okorocha, he will always have his way and nothing will happen”.

In a letter to the governor, dated June 3, 2017, the frail octogenarian said:

“My son Gerry, lost control of himself since he was empowered by the present state government. He chased me out of my late husband’s house just to force me to an early grave. He demolished my apartment, kitchen and also my clothes and other properties, without an alternative and erected his personal building there”.

Continuing, the woman said, Gerry Okolie’s wicked and inhuman actions to her and her other children have caused her sleepless nights and adversely affected her health and yet, “My son does not care whether I live or die because he wants me dead at all cost”.

In a similar letter to the governor by two siblings of the Commissioner, Anthony Okolie and Vitalis Okolie, they wrote:

“Gerry has severally threatened to kill us and has chased us out of our late father’s house where we are living with our families without providing us an alternative living place. We begged him to give us time but he refused and threw us out. 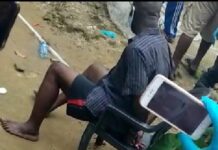 The 10 Runway Trends You’ll Be Wearing This Year 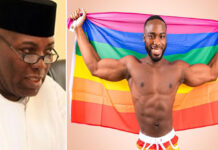 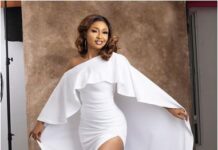