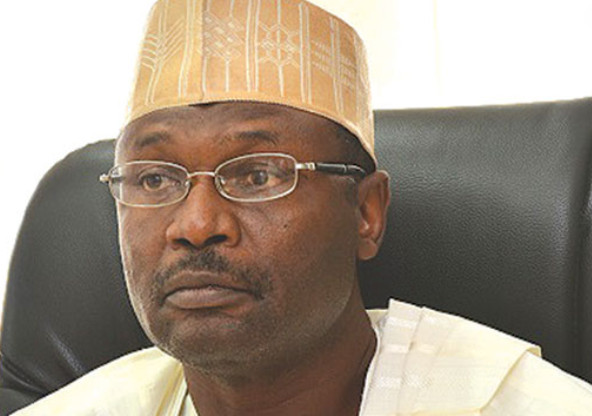 Addressing reporters last month on the sideline of the 2021 budget defence at the Green Chamber of the National Assembly, Prof. Mahmood Yakubu, whose reappointment as INEC Chairman has just been confirmed by the Senate, said: “It is difficult to give you an idea of cost or when the process would be concluded, but we are determined that we are going to deploy electronic voting machines, electronic balloting machines very soon in our elections. Possibly beginning with the Anambra governorship election next year.”
Yakubu had equally disclosed in September that in line with INEC’s commitment to fully replace manual voting with automated voting method, 40 manufacturers of Electronic Voting Machines (EVMs) from different parts of the globe were invited to practically demonstrate the viability of the voting machines.
According to him, “For some time now, the commission has been working on the deployment of technology in voting during elections to replace the current manual system which is tedious and requires enormous logistics to deliver huge quantities of printed materials and a large number of ad hoc staff to administer the process.
“To this end, the commission developed the specifications of the functions required of the machine. After extensive discussion and review, the commission took the decision to invite original manufacturers of Electronic Voting Machines around the world for a virtual or practical demonstration of the machines.”
Basically, there are two ways electronic voting can be used for the conduct of elections. The first is the use of electronic voting machines which are usually located at the polling stations and supervised by officials of the electoral body. In this case, the voters are still expected to be physically present at the polling units to cast their votes with the voting machines provided. The second is the remote electronic voting where voters can submit their votes electronically via the internet to the electoral body from the comfort of their homes or any location. INEC appears to have settled for the use of electronic machines. Some countries use the remote voting pattern while some apply both in their adoption of the electronic voting model.
Electronic voting is often seen as a tool for making the electoral process more efficient and increasing trust in the conduct and management of elections. It is in the view of many that the full adoption of electronic voting system would go a long way in enhancing the transparency and credibility of our elections thereby deepening the country’s democracy. There is also the thinking that electronic balloting would greatly help to prevent and mitigate violence that more often than not stems from electoral malfeasance and manipulations perpetrated during manual voting.
As has been rightly noted by political observers, building a thriving democracy is dependent on getting the electoral process right. It has been argued that Nigeria’s politics suffers deeply because the electoral process has, in most cases, been marred by massive irregularities, such that wrong persons find their ways into elective offices.
Peter Wolf, an author who works for the International Institute for Democracy and Electoral Assistance (International IDEA), opined that properly implemented electronic solutions can increase the security of the ballot, speed up the processing of results and make voting easier. In one of his papers published by the International IDEA, Wolf whose work focuses on the application of digital technologies in elections, emerging challenges and the sustainable and trusted implementation of ICTs in electoral processes, identified some of the benefits associated with electronic voting as follows: Faster vote count and tabulation; More accurate results as human error is excluded; Efficient handling of complicated electoral systems formulae that require laborious counting procedures;  Increased convenience for voters; Prevention of fraud in polling stations and during the transmission and tabulation of results by reducing human intervention; Potential long-term cost savings through savings in poll worker time, and reduced costs for the production and distribution of ballot papers.
Notwithstanding the fact that electronic voting has some downsides and challenges as well, many consider it achievable and therefore think INEC should not relent in its determination to push through. The merits, it is believed, obviously outweigh the demerits.
Countries with huge populations and intricate political systems, like Brazil and India, migrated to electronic voting technology many years ago. Brazil partly used electronic voting for the first time in 1996 and adopted it 100 percent nationwide since 2000. India began the introduction of electronic voting machines in 1998 and since 2004 they have been used in the nationwide parliamentary polls. The upshot of the adoption of electronic voting in Brazil and India is said to have been very positive thus far.
According to Giuseppe Janino, the Secretary of Technology and Information in the Brazilian Superior Electoral Court, “Brazil has about 150 million voters. In the 2018 presidential election, we announced the winner only two hours and 16 minutes after the polls were closed. By that time, we had already counted 96.7 percent of all votes, cast all over the country.”
Former President Goodluck Jonathan has been vociferous in the call for the full adoption of electronic voting system in Nigeria and Africa in general. At different occasions he has hammered on the need for countries on the African Continent to migrate from manual voting to electronic method of balloting. The ex-President believes strongly that the only way to get credible elections in Nigeria and the rest of Africa is by fully embracing electronic voting.
sharing is Caring... Please Share

We Only Found Mum’s Ashes, Skull – Daughter Of Burnt Kogi...