After sustaining injury while playing against Kashima Antlers in the Asian Champions League on Tuesday, Nigeria international Obafemi Martins is set to travel to England to undergo surgery.

Martins has been ruled out of action for between six and seven months with a torn hamstring, his Chinese Super League (CSL) club Shanghai Shenhua announced on Wednesday.

The former Inter Milan and Newcastle United forward joined Shenhua at the start of the 2016 CSL season from Major League Soccer side Seattle Sounders.

He scored a hat-trick for Shanghai on Saturday in their 4-2 league win over Hebei China Fortune which sparked calls for his return to the Super Eagles. 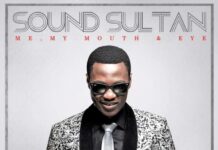 ‘I Was Abused By Five Men’– Inmate Of Kwara ‘Rehab Centre’...