-Ibe Kachikwu,Minister of State for Petroleum

The Minister of State for Petroleum, Dr. Emmanuel Ibe Kachikwu, on Thursday disclosed that it would take the next 18 months for the country to solve the problem of fuel scarcity permanently.

Kachikwu, however, said the government has put various measures in place to address the issue of scarcity within the 18 months.He said such issues include forex for marketers, repair of refineries and tax consideration for oil marketers .The Minister, who appeared before the National Assembly Joint Committees on Petroleum, also added that its a shame that Nigeria cannot refine its crude oil after 40 years of activities in the downstream.According to him, a Presidential committee has been set up to look for how to cushion the effect of higher price crude and lower price downstream sales at N145, adding: “It is 18 months plan before private refineries come on stream.”

Kachikwu added that Dangote and modular refineries are in the pipeline from 2019 and onward to solve the problem.He said the ministry and the Nigerian National Petroleum Corporation were working round the clock to find a solution to petrol scarcity.As part of the solutions to permanently end the scarcity, Kachikwu said the country’s refinery needed to be functional.He added: “It is what I might call an emergency before the work that we are doing on the refineries that would be finished sometime in 2019.“I want to remind that over two years we haven’t had queues.

“We are spending night and day to find solutions to nip this in the bud“Ultimately what this country needs is to have its refineries working and I have said that it is shameful that after 30, 40 years of activities in the downstream, we cannot produce sufficient [petroleum products].“I have said nobody sells crude in its form in the world and we have to have the technical capacity to do this.”Kachikwu listed non-payment to marketers as one of the reasons for the scarcity.The minister also expressed regrets that some people took advantage of the situation.

Also in his presentation, the Group Managing Director of the NNPC, Maikanti Baru, enumerated reasons for the scarcity of fuel.Baru said the situation is now under control.According to him, part of the reasons for scarcity are the strike by the Petroleum and Natural Gas Senior Staff Association of Nigeria on December 18, smuggling due mainly to price arbitrage, false threat of price hike by NNPC leading to hoarding, diversion and smuggling and insinuation of supply gap.

Meanwhile, the Minister of State for Petroleum Resources, Dr. Ibe Kachikwu, has called for prompt enforcement of the law to check incessant diversion of petroleum products from Nigeria to the neighbouring countries.Kachikwu made the call yesterday in Abuja during a public hearing organised by the National Assembly Joint Committee investigating the cause of recent fuel scarcity in the country.The minister also called for adequate policing of the country’s borders to frustrate the continued diversion of petroleum products.He accused some marketers of illegally maximising profit by diverting fuel meant to be supplied in Nigeria.According to him, “the incentives are attractive to those diverting these products because while petrol sells for about N300 in some countries, we are selling at N145, so you can see that they are making huge profits.“Our borders must be properly policed and the law must be enforced in such a way that every marketer must account for every petrol that leaves his depot.”The minister, while decrying the infrastructural decay in the oil sector, said there the was need for private sector involvement in managing some critical facilities.Kachikwu said: “For instance, there is need to encourage private sector involvement in the protection of pipelines.”On their part, the Major Oil Marketers Association of Nigeria called on the Federal Government to fully deregulate the downstream sector.

The Executive Secretary of the association, Obafemi Olawore also called for accelerated attention to the Petroleum Industry Bill before the National Assembly.Olawore said the delay in passing the bill was frustrating efforts to deregulate the sector and ensure increased private sector participation.Similarly, the Minister of State for Petroleum Resources, Dr Ibe Kachikwu, says the Federal Government is working assiduously to revamp the country’s refineries to address the problems of fuel crisis.

Kachikwu said this yesterday in Abuja during a one-day public hearing of the National Assembly Joint Committees on Petroleum (Downstream), investigating the causes of recent fuel scarcity recorded across the country since December 2017.The minister, who decried the poor state of the refineries over the years, condemned their inability to produce sufficient fuel for the country.

According to him, it is shameful that a country after over 35 years cannot produce sufficient fuel for its citizens.“I have said that selling crude is a fairly wrong model which is akin to selling our agricultural products in the wrong way and nobody does that anywhere in the world anymore.“Unless we have operational refineries, there will be no permanent solution to the fuel crisis in the country,’’ Kachikwu said.He also said that a lot of work was going on to ensure private sector participation in refining crude oil.

Kachikwu also said that lack of sufficient reserve, low clearance speed of petrol at the ports, diversion of products are some of the reasons for the ongoing fuel crisis being experienced in the country, says Minister of State for Petroleum Resources, Ibe Kachikwu.Mr. Kachikwu said this while speaking before a meeting of the joint committee of the Senate and House of Representatives. The meeting was convened to find a lasting solution to the fuel crisis.

“The causes were; first, diversion was very key, second, there were logistics issues,”Once those diversions began, Apapa Wharf was a problem to be able to move things due to bad roads, lack of sufficient reserve in our system making us unable to respond to the supply gap arising largely from the fact that private sector pulled out from supply.“There has been a loose enforcement on diversion in the country. We have not been able to police our depots adequately.”he saidHe explained that disparity in the landing cost has prevented the private marketers from importing petroleum into the country.“Going forward we need to address the issue of pricing, there is a disparity between landing cost and cost we are selling. If we are going to sell at N145, we need to put some mechanisms in place so that the private sector will go back importation. We have a committee looking at this and we are still going to submit a report for review.“Currently, the landing cost of product is N170 to N171 and we sell at N145 and the price we are allowed to sell is N145.”He said the executive is currently working on modalities to permanently resolve the petrol crisis and prevent it from rearing its head any other time.“We need to make marketers responsible for every tank of fuel up until the point of delivery. 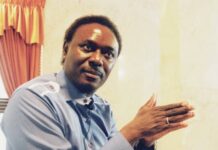 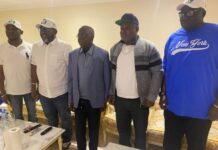