how much is cialis at walmart how much is suboxone at cvs leavquin lantus 100iu cartridge 3ml neurontin price walmart ondansetron cvs
30.2 C
Lagos
Monday, June 21, 2021

Bola Tinubu, a national leader of the All Progressives Congress (APC), says it is too early to start discussing about zoning for the 2023 presidential election.

Speaking with state house correspondents after meeting President Muhammadu Buhari on Tuesday, Tinubu said the time is not yet ripe for discussing succession plans.
He also dismissed the reports of Buhari seeking another term, commending the president for “dismissing the rumour” in his New Year message to Nigerians.
“We cannot use 365 days in a year and 360 to work on politics, it’s not possible. Anybody talking about zoning now is just completely restless and not focused on the agenda of nation building and development of our country,” he said.
“That time is not now. We have just finished one election and Mr President is busy sorting out the Budget, working for the people of this country. Of course, restlessness of politics is going to be there, but any lover of this country will not talk about the succession plan yet. That’s the truth. Concentrate on working for the country, help the President to help the country. There’s nothing more than that.”
He said only unpatriotic people would be using future elections and politics to distract the president from facing governance.
There have been reports of Tinubu, a former governor of Lagos, eyeing the number one seat in the land but he has not made any declaration on it.
sharing is Caring... Please Share 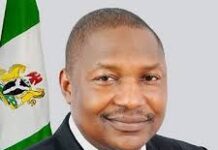 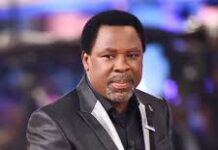