latisse 3ml how long does it last lantus solostar 100 units gum infection antibiotics over the counter discount coupons for advair 250 50 amoxicillin prices without insurance can i buy ofloxacin over the counter
26.2 C
Lagos
Tuesday, September 21, 2021

Controversial Senator Dino Melaye, who is representing Kogi West district in the National Assembly, has been reportedly attacked by armed men in Gwagwalada area of Abuja. According to Raypower-100.5 FM Abuja, Senator Melaye was on his way to Lokoja for a court sitting in a case of alleged arms running brought against him by the Police when the incident occurred on Thursday morning. The men were reportedly in a government Hilux van and a Sienna bus. Melaye’s whereabouts remains unknown as at press time. More to come. 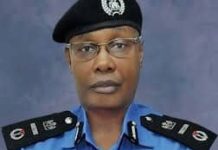