The Federal High Court sitting in Lagos has ordered the arrest of former Director-General of the National Intelligence Agency, Ambassador Ayo Oke, and his wife, Folashade.

The order was given on Thursday by the court.

This was to of Oke and their arraignment over alleged corruption.

The Economic and Financial Crimes Commission had filed a four-count charge against them in connection with the $43 million, £27,000 and N23 million discovered in April 2017 in a Lagos apartment.

Justice Chukwujekwu Aneke gave the order after hearing an application to that effect from the EFCC.

Aneke held: “I have carefully considered the oral application for the arrest of the person mentioned herein and I am convinced beyond reasonable doubt that the said application is meritorious.“Accordingly, the application is hereby granted as prayed.

“It is hereby ordered that Ambassador Ayodele Oke and wife, Folasade Oke, be arrested anywhere they have been sighted in the world.” 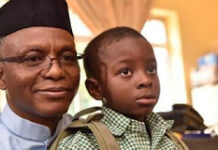 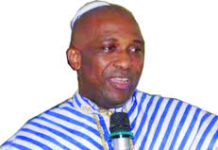