Following the untimely death of Wasilat Olaronke Anifowoshe, K1 De Ultimate daughter who breathed her last on Tuesday 16th December, the family has announced a one hour fidau prayer for the 34 year old lady.

​Nigeria’s Fuji king, King Wasiu Ayinde has said that he submit to God’s will over the death of his daughter  Wasilat Olaronke Ashabi Ayinde, who died recently in Canada.

Marshall in his tribute on his instagram page thanked friends, fans, families  from all over the world who have tried to console and mourn with him and his family, saying ‘Many thanks to you friends, Fans, Family and all Associates across the GLOBE that Grief and Mourns with us in this home-call of my Best Friend.’

He went further to thank God Almighty for giving him the opportunity to be the dad to Wasilat,.

The first, a date you came to this world and the later the day you departed.

I give glory & thanks to God Almighty who gave you to me as a GIFT by you coming to this world for a
purpose and through me, I have seen that severally while you were growing that I am PRIVILEGED to be your FATHER and also to the kind of a child that also double as my FRIEND. 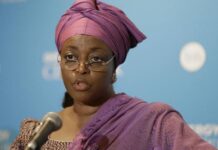 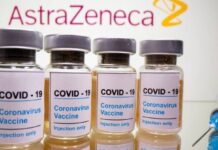