The Kaduna State Government has indicated its intention to file an appeal against the Monday’s decision of the state’s High Court which granted permission to the leader of the Islamic Movement of Nigeria, Sheikh El-Zakzaky, and his wife, Zeenat, to seek medical trip in New Delhi, India.

The Director of Public Prosecutions, Kaduna State, Mr Dari Bayero, confirmed on Tuesday.
This was despite the Monday’s pledge by the Department of State Services, which had been keeping custody of the couple since 2015, to comply with the court’s order.
Bayero said the government would file the appeal against the decision of the court along with “terms of agreement” for the cleric’s planned foreign trip.
He said, “We are filing an appeal against the decision tomorrow (Wednesday).
“We are also filing along with it terms of agreement on the trip.”
However, El-Zakzaky’s lawyer, Mr Femi Falana (SAN), said on Tuesday that he was not aware of any terms of agreement to be filed after the “clear and unambiguous” ruling of the court permitting his clients to embark on the foreign medical trip.
Falana said he would go by the announcement by the DSS to comply fully with the order of the court.
He said, “I am not aware of any terms of agreement. The court’s ruling, which was essentially meant to save the lives of the applicants (El-Zakzaky and his wife), is clear and unambiguous.
“The authority, the State Security Service, which is keeping the custody of the applicants, has signified its intention to comply fully with the court order.
“That is where we stand and it is in line with the rule of law.
sharing is Caring... Please Share 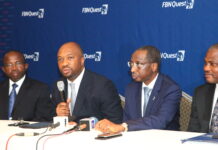