what antibiotic is good for a sinus infection janumet 1000 mg tamiflu expensive where can you buy penicillin pills walgreens zovirax
26.2 C
Lagos
Thursday, May 13, 2021 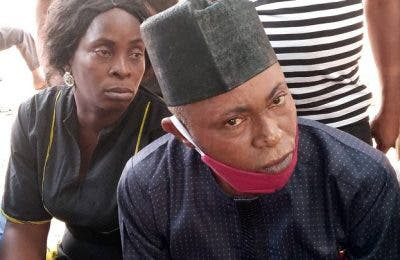 The kidnappers of the Yagba West Local government chairman in Kogi State, Mr. Pius Kolawole, have demanded N100 million for his release, a family source has said.

Tribune Online reliably gathered on Monday that the kidnappers on Sunday night called one of the family member of the chairman to lay down their demands.
The source who does not want his name in print said the kidnappers were also said to have promised to call back to continue with the negotiation.
According to the source, the kidnappers had contacted the Kogi State Chairman of the Association of Local Government of Nigeria (ALGON), Mr. Taofik Isah who doubles as the chairman of Ijumu council area.
It was gathered that the family, council area and ALGON had now agreed that only the ALGON Chairman should continue with the negotiation with the kidnappers.
Kolawole was kidnapped on Saturday evening while travelling from Ilorin, the Kwara State capital to his home town of Egbe, the border town between Kogi and Kwara States.
The attack claimed the life of the State Commissioner for Pension Board, Mr. Solomon Adebayo popularly called Akeweje who was in the same vehicle with the chairman.
The four-year-old son of late Akeweje who was in the vehicle at the time of the attack was left unhurt.
The police orderly to the chairman took to his heels while the driver of the vehicle was badly wounded and shot at by the abductors. He later regained consciousness one day after the incident at the Egbe Hospital.
Contrary to other claims, the Kogi State government in a statement issued by the Commissioner for Information and Communication, Mr. Kingsley Fanwo issued on Monday said that the incident happened shortly after Eruku, Ekiti Local Government, Kwara State.
The statement reads in part: “Despite happening on Saturday, the Kogi State Government has been circumspect in making official statements in order not to do anything to throw into jeopardy, the efforts of security agencies on the matter. But it is also incumbent on a responsible government like ours to speak to our people and assure them that Kogi will spare nothing to remain the safest in the country.
“We also wish to caution those making statements which are capable of undermining the security of the state to desist from such an unpatriotic wish for anomie. It is high time we came together to make our nation safe, secured and governable.
The government and the people of Kogi State are also determined to make Kogi peaceful and safe. Our government has the backing of the people and the security agencies to keep Kogi safe.
“We commiserate with the family of late Hon. Solomon Adebayo, the people of Yagba West and the entire Kogi State Pension Commission over the demise of a hardworking and patriotic gentleman who contributed immensely to our Pension Administration Revolution in the State. He will be sorely missed.
“The Kogi State Government wishes to assure the family of Hon. Pius Kolawole and the people of Yagba West of our commitment to ensure the release of the Council Chairman.
“We thank all good-spirited agencies and private individuals who have stood with us in this dark time. As a government, we will recommit ourselves to collaborating with neighbouring states to ensure security of lives and property.”
sharing is Caring... Please Share