The Lagos State House of Assembly on Thursday drilled eight commissioner nominees of Governor Babajide Sanwo-Olu of the state for about five hours.

It will be recalled that Sanwo-Olu sent 25 names of Commissioner nominees to the Assembly penultimate week for screening as stipulated in the constitution.

A letter from the Governor containing the names of the 25 commissioner nominees was read by the Clerk of the House, Mr. Azeez Sanni during plenary.

The list contained the first batch of the nominees with an assurance that there would be a subsequent batch.

The nominees are to serve as Commissioners and Special Advisers upon ratification by the legislature.

The 16-man Adhoc committee set-up for the purpose by the House is headed the Chief Whip of the House, Hon. Rotimi Abiru.

First to be screened by the Committee was Mrs. Toke Benson-Awoyinka, Assistant Legal Adviser of the All Progressives Congress (APC) in the state.

Toke Benson, who was a House of Representatives aspirant of the party in Ikeja Constituency in the 2019 general elections, promised to bring her experience as a lawyer for 30 years to bear if she was given an opportunity.

The politician, who said she has been speaking against domestic violence and child abuse through the social media stated that she spoke against Pastor Biodun Fatoyinbo of COZA when his alleged rape case against Busola Dakolo broke.

“I have been speaking against all issues relating to domestic violence, rape, and child abuse through social media and other means.

“We need to teach our boys, who grow into men that when a girl says ‘no’ it is ‘no.’ We should make some scapegoats to put a stop to it.

“Lagos is the model state in Nigeria. If we don’t speak against rape and child abuse, we will be like India where a man will enter a bus and rape about 50 women. We should have laws in place that will take care of all these,” she said.

Toke Benson also spoke about gender sensitivity and revealed that she did not like to be regarded as a feminist and detested being pushed to the Ministry of Women Affairs because she is a woman.

Also screened was Princess Aderemi Adebowale, who said that she was a foundation member of the ACN/APC, and a member of the support group of the party in Lagos State.

Adebowale, who said that she was a presenter of a talk show that treats life issues on LTV 8, added that she is a registered nurse.

“I will emphasize the welfare of the workers if given the portfolio of health commissioner in the state.

“Our doctors and nurses travel abroad because of the poor pay in the sector.

“If you go abroad, you will see that nurses are well taken care of. We can have facilities but maintenance is key and insurance is key,” she said.

Adebowale added that she was a sole administrator of a local government in Victoria Island and that she was able to build about six roads and did some other projects.

“I believe in women empowerment. Also, primary healthcare cannot survive if we don’t have doctors and nurses that can man the hospitals.

“I will curb access to social media by youths to reduce drug abuse.

“We were able to survive before the internet came, so our children can survive without it. Some of the lyrics the children listen to are not okay,” she said.

Answering questions from the committee members, another nominee, the immediate past Secretary to the Lagos State Government (SSG), Mr. Tunji Bello revealed that he had worked in several places and that he worked as the speechwriter of the late Chief MKO Abiola.

The trained lawyer, journalist and former commissioner for the environment in the state advised that the state must intensify efforts on waste management and conversion.

“There are a few areas you can set up dumpsite in Lagos State because the state is below the sea level.

“You cannot set up a dump site in Lagos Island, except in places like Agege, Abule Egba, and others.

“On flooding in Lagos, we have nine main drainages in the state, and while six are developed, three are not developed.

“The Lagos Mainland drainage system is the oldest and it has about six divisions.

“The tertiary drainages and channels must link up with primary channels,” he said.

This was corroborated by the Chairman of the Committee, Hon. Rotimi Abiru, who stated that everybody was concerned about the environment in the state.

Abiru advised Bello to impress it on the government that the state could not afford not to improve on the environment.

Miss Adekemi Olanike Ajayi-Bembe, who was also screened stated that she has worked in the finance and telecommunication sectors for many years, saying that these adequately prepared her for the task ahead.

Ajayi-Bembe stressed that though Lagos State realised about N388 Billion in 2018 as Internally Generated Revenue (IGR), the state could not rely on IGR alone.

The nominee explained that not everything could not be fixed at once and that the state must have priorities.

She added that DFI could assist the state on development, but that they had to see what the state had on the ground.

“Infrastructure is very important, we need to fix roads, provide power and affordable housing for the people for them to feel the impact of the government.

“Once the structures are in place the revenue of the state would increase. This is what they practice in Singapore, China, and other places,” she said.

The secretary of the APC in the state, Dr. Wale Ahmed was asked to take a bow by Hon. Rotimi Abiru as a former member of the Assembly, who left in 2003.

“The party scored 100% under the watch of the current executive members in the last general elections.

“It is a good thing that the party-appointed you to be a commissioner in the state.

“He was a member of the 4th Lagos State Assembly from 1999 to 2003. We will want him to take a bow and go because of this,” Abiru said and this was accepted by other members of the committee.

Professor Akinola Abayomi, the sixth nominee to be screened by the committee, said that free health was not possible and backed the health insurance scheme of the state, saying that with this the rich would pay for the healthcare of the poor.

The last nominee that was screened for the day was the Editor of The Nation Newspapers, Mr. Gbenga Omotosho.

Omotosho, who told the lawmakers that the Freedom of Information Law (FOI) was not working in Nigeria, promised to bring his experience as a journalist of many decades to bear as a commissioner in the state.

Speaking with journalists after the exercise, Chairman of the committee, Hon. Rotimi Abiru stated that the committee shall be taking the other nominees in two sessions on Friday and Saturday.

“You have been part of the exercise, I would not want to be a judge on my own case.

“The nominees demonstrated a high level of knowledge and the understanding of government.

“They realized that this is a call to service and they have promised that they would add their experience to governance.

“I don’t have any doubt that those that we have spoken to so far are good and that they would join hands with the Governor to make the state better,” he said.

Abiru added that Dr. Wale Ahmed was asked to take bowman and go as a former member of the House and that the committee members had agreed to give all former members of the house that privilege.

“He was a commissioner in the state and the state secretary of the APC and he worked assiduously with others to achieve 100% success for our party at the election.

“The final decision lies in the 40 members of the House.

“Ours is to screen and make a report to the entire House.

“If the entire House finds them suitable the decision would be communicated to the entire people of the state,” he said. 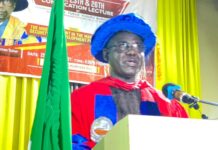 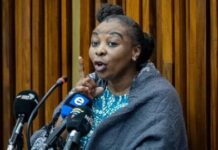 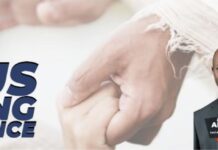