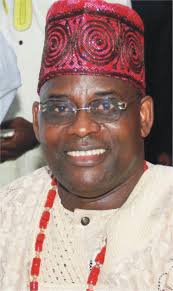 The Lagos State House of Assembly Committee on Local Government and Community Affairs has urged the Chairman of Oriade Local Council Development Area (LCDA), Hon. Ramota Akinola-Hassan to situate the proposed legislative chamber within the council premises.
The initial plan, according to the council boss was to enhance effective legislative delivery of the councillors.
The Chairman of the committee, Hon. Olawale Sobur spoke, while on an oversight tour to the council.
Speaking during the committee visit to the council Chairman of the National Union of Local Government Employees (NULGE) of Oriade LCDA, Mr. Olu Faniyi, told the committee that the council had 292 staffs and 150 non-pensionable staffs who had been enjoying a cordial and smooth relationship with the council boss.
“We the NULGE had been receiving financial support worth 600 thousand naira monthly, but we are asking for an increase to one million naira, we do receive material and financial support during each festive period for our members and we received palliatives four consecutive times during the pandemic,” he said.
While checking the books, the  council engineer was upbraided by a member of the committee, Hon. Kehinde Joseph who observed shaddy moves as regards an approved road done by the council on CBN road and asked why they did not see the road on their way to the council.
The council engineer, explained that it was not the main road but an inner road within the road where picture and video where shown as proves.
Another issue raised was when the vice Chairman of the council, Hon. Moshood Olarewaju claimed that he not aware of several projects carried out by the council’s tender board which negates laid down procedures as he ought to be the chairman of the board.
On his part, another member of the committee, Hon. Sulaimon Agenjo pointed out the need for councillors to be accorded maximum respect in the council, claiming that they represent the interest of the peoples and are the next in rank after the Chairman and his Vice and not the cabinet members because they were all elected in like manner.
The committee also reconciled  the Chairman and his vice, and urged him to carry the vice chairman along in all contracts that come in and out of the council.
The committee continued its tour to Amuwo Odofin Local Government under the leadership of Engr. Valentine Buraimoh, where political issues were resolved between the Executive and the legislature.
The committee also visited and commended the council chairman for the ongoing primary health care centre building built inside the council premises as part of a campaign promise well kept.
sharing is Caring... Please Share

Pastor Who Was Exposed After Secretly Marrying Another Woman Resigns