Members of the Lagos State House of Assembly on Monday moved to probe the abandonment of N7billion cardiac Renal facility center in Gbagada general hospital.

This is a sequel to the report read by the Acting Chairman of the House Committee on Health, Hon. Akeem Sokunle.

Sokunle, in his report,t stated that members of his committee had embarked on a tour to ascertain health facilities across the state.

“We observed that there is a shortage of manpower, non-functioning ambulances, insecurity, unequipped laboratories and more importantly abandonment of multi-billion naira Casio renal facility,” he said

According to him, most of the equipment in the hospitalize not working and I got a report that the cardiorenal machines only worked for two weeks before the facility was locked up. Also, most of the sensitive equipment is obsolete.

In his contribution, Hon. Tunde Buraimoh (Kosofe 2) expressed his displeasure over the issue.

“It is heart disheartening that the investment of the State in the hospital is being abandoned. If these facilities are functioning, we would have saved many lives and reduce the constant medical tours to India,” he said.

He pleaded that the Committee be given authority to delve more into the matter from the point of supply of equipment and how they stopped functioning.

On his part, the Majority Leader of the House, Hon. Sanai Agunbiade (Ikorodu 1) said that if the equipment of such magnitude is cited in the state of excellence; it is for a purpose and that it must not be wasted.

He, therefore, moved that the suppliers of the equipment be invited for questioning and that the investigation must attract public participation.

Sokunl, therefore,e moved that the House should give the committee the power to invite the Ministry of Health to appear before the Committee to give clarification on issues bothering on the N7 billion cardio-renal equipment facility in Gbagada General Hospital.

The Speaker of the House, Rt. Hon. Mudashiru Obasa directed the clerk of the House, Mr. Azeez Sanni to write a letter to the Ministry of Health and invite necessary stakeholders on the issue.

However, it was reported that Lagos State Cardiac and Renal Centre, Gbagada, a multi-billion naira health facility, is presumed to be one of the signature legacies of the administration of former governor Babatunde Fashola, neglected by his successor, Akinwunmi Ambode.

But unlike others, the abandonment of this facility has come with a huge cost, especially with the rising statistics of Lagosians, and indeed Nigerians, who are battling with various cardiac and renal diseases.

The abandonment of this facility has come with a huge cost, especially with the rising statistics of Lagosians, and indeed Nigerians, who are battling with various cardiac and renal diseases.

Primate Ayodele: The Prophet Who Said APC Will Lose Anambra And...

IMO Commissioner Throws 85 Year Old Mother Out Of His House 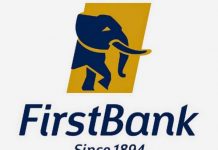 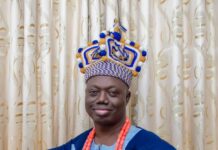