The Lagos State House of Assembly on Friday suspended the Chairman of the Ifako-Ijaiye Local Government, Hon. Oloruntoba Oke for administrative incompetence and financial recklessness.

The House also ordered the redeployement of the Council Manager, Treasurer and Engineer.

The House therefore directed the Vice Chairman of the council, Hon. Usman Hamzat to take over the mantle of leadership of the council immediately.

This decision followed the resolution of the House after the report of a five-man Ad-Hoc Committee set-up by the House on the activities of the Local Government.

According to the Chairman of the Committee, Hon. Rotimi Olowo, the investigation of the activities of the leaders of the council followed a petition of concerned residents of the council.

The Committee Chairman revealed that despite accessing loans and allocations from the government, the level of work done in the council such as roads and construction of secretariat complex did not commensurate to the funds.

It was also disclosed that a loan of N350 million taken in 2012 during Oke’s first term in office was not appropriately expended.

The House pointed out that Toba Oke also failed to abide by the administrative guidelines stipulated by the State Assembly in 2011.

In his comment, the Deputy Majority Leader of the House, Hon. Olumuyiwa Jimoh said that the issues occurred due to the bureaucracy in local governments and that Hon. Oke failed to abide by the administrative guidelines of the House.

He therefore stated that “the Council Manager, Treasurer and Engineer should also be affected.”

Hon Abiodun Tobun noted that “from this report, we have observed that the heads of the council were working at variance with the law of the council.

“The council supposed to work in compliance with the directive of the state government in making dividends of democracy available to the people,” Tobun said.

Another lawmaker, Hon. Bisi Yusuff said that “the recommendations of the committee would make some of those who felt untouchable to sit tight.”

He added that as a member of the Committee and a former chairman of a council, “I’m in support of making someone as a scapegoat to serve as deterrent to others.”

In his argument, the Majority Leader of the House, Hon. Sanai Agunbiade stated that the recommendations of the Committee were predicated on the fact that “the councilors had already passed a vote of no confidence on the Chairman.”

The second aspect of the recommendations, according to Agunbiade, were the comments of the residents of the area.

The Real Meaning Of Iyawo, Yoruba Word for Wife 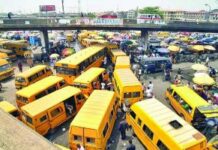