Lagos State Government, through the Ministry for Wealth Creation and Employment, has begun the payment of the 3rd bi-monthly payment of the Conditional Cash Transfer in Epe Local Government.
Each beneficiary received N10,000 for  September and October 2020.
Commissioner Mrs. Yetunde Arobieke said the initiative would be administered through the designated household caregiver, who would utilise the money for the better living of the household.
She urged mothers to take the opportunity and inform others to team up because the money, according to her, is from the Federal Government and will be paid six times every year.
Arobieke hailed the Federal Government, through the National Social Safety Nets Coordinating Office, under the Ministry of Humanitarian Affairs, Disaster Management and Social Development, for its support in the establishment of the cash transfer unit in Lagos State.
She thanked Governor Babajide Sanwo-Olu for his commitment and support in ensuring the implementation.
The commissioner said the process of enrolment of beneficiary households began last April with the most vulnerable, aged and indigent citizens identified.
His Royal Highness, Alara of Ilara, Oba Olufolarin Olukayode
Ogunsanwo Telade VI, praised the state and federal governments for the initiative.
The Executive Chairman of Eredo Local Council Development Area, Mr. Adeniyi Saliu Razaq, thanked the state government for choosing the local government as a beneficiary of the initiative.
sharing is Caring... Please Share 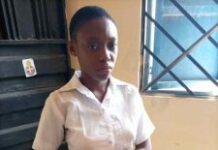