what to use for mens yeast infection buy ceftriaxone pills are there any home remedies for yeast infections levaquin 750 which is more effective metronidazole gel or pill free over the counter medicines
27.2 C
Lagos
Monday, June 21, 2021

Lawmakers in the Lagos State House of Assembly on Monday passed a vote of confidence on the Speaker of the House, Rt. Hon. Mudashiru Ajayi Obasa.

This was sequel to an Urgent Matter of Public Importance raised by Hon. Tunde Braimoh representing Kosofe Constituency 2 during plenary.

Braimoh noted in his submission that the Speaker had done well since he assumed office with his leadership style and people oriented Motions and Bills that have changed the lives of the people of the state.

The lawmaker went ahead to commend the Speaker for doing a good job.

“I, Hon. Tunde Braimoh, representing the good people of Kosofe Constituency 2 hereby move and propose that a vote of total confidence be passed on the Speaker of the House, Rt. Hon. Mudashiru Obasa,” he said.

This was supported by Hon. Rasheed Makinde, representing Ifako/Ijaiye Constituency 2 and it was then adopted as the decision of the whole lawmakers in the House through a voice vote.

Commenting on the matter, Hon. Yinka Ogundimu (Agege 2) stated that Speaker Obasa had been a blessing to the Assembly and that he had done a lot as the Speaker of the House.

Also speaking, Hon. Fatai Mojeed (Ibeju Lekki 1) recalled that few weeks ago, the people of Lagos State celebrated the achievements of Governor Babajide Olusola Sanwo-Olu, adding that this was made possible because of the activities of the House.

He added that Speaker Mudashiru Obasa initiated Lagos Neighbourhood Safety Commission (LNSC), which he said made the state safe.

In his view, Hon. Abiodun Tobun (Epe 1) reiterated that the Lagos State House of Assembly and Speaker Obasa stand above a common standard of excellence.

“You are bold, and courageous. You were insistence that the parliament must go beyond the common standard of excellence.

“You cannot buy experience, you have got this over the years, and no one can buy it in the market.

In his view, Hon. Gbolahan Yishawu (Eti Osa 2) described Speaker Obasa as a role model, and a trail blaizer.

Yishawu stressed that Obasa had taken the Assembly high and that his depth of knowledge is high, while stressing that his understanding of the economy of Lagos State as former chairman of the House Committee on Budget was second to none.

While lending his voice to the matter, Hon. Bisi Yusuff (Alimosho Constituency 1) stated that Speaker Obasa was courageous and that he believed in the cause of Lagos State House of Assembly and in that of Lagos State.

“You can be very stubborn, but it is always for a cause. The House is above an individual or anybody. Out of the three arms of government only the legislature was not regarded, but you have raised the bar, so you can continue to be stubborn,” he said.

The Deputy Speaker of the House, Hon. Wasiu Sanni-Eshinlokun, who also spoke on the matter, said that he aligned with all the accolades being showered on the Speaker.

Eshinlokun attested that the Lagos State House of Assembly was doing very well in the 9th Assembly, adding that this rubbed off on the Speaker of the House.

While wishing the Speaker well, Eshinlokun said that this was just the beginning and that they expected that the lawmakers would blaize so many trails in the 9th Assembly.

Also speaking, the Majority Leader of the House, Hon. Sanai Agunbiade (Ikorodu 1) said that for an executive to accomplish good things it must have good legislature.

Agunbiade added that the legislature could not be successful without good leaders, which he said is headed by the Speaker.

He said that it was unanimous that Speaker Obasa, who he called the symbol of the Lagos State House of Assembly had been very impressive.

“Since the tenure is not ending today it means you still need to do more works. I pray that God will give you more wisdom and more grace to do the work,” he said.

In his comments, Hon. Noheem Adams (Eti Osa 1) said that if people were showering accolades on the Speaker, he deserved it, and that it was not a falacy.

He said: “Your bill on LNSC that became law, anti-kidnapping law, Cancer Institute Law as well as the promotion of Yoruba Language Law have become very important.

“You were given several awards and you were made the Chairman of Conference of Speakers as part of your good deeds,” he said.

In his submission, Hon. Ibrahim Layode (Badagry 1) recalled that the House was inaugurated 40 years ago and that the whole world was watching the proceedings.

Layode stressed that “they would see that we are celebrating one of us.

“I want to plead that you should continue to do what you have been doing, which made people to praise you.

“I don’t want you to be carried away by the accolades despite all that our people have said.

In his view, the Chief Whip of the House, Hon. Rotimi Abiru
said that irrespective of the differences that the lawmakers might had, they all stood firm behind the Speaker on his leadership.

The Deputy Majority Leader of the House, Hon. Olumuyiwa Jimoh commended the Speaker for the anti-kidnapping law, LNSC Law and the Yoruba Compulsion law.

Jimoh stated that Obasa had done well as a lawmaker and Speaker, and that “I join my colleagues to pass a vote of confidence on you.”

In his comment, Hon. Adedamola Richard Kasunmu (Ikeja 2) described Speaker Obasa as a renowned politician with a good sense of equity and good judgment.

“All the way to the United States of America and other parts of Africa you are recognized because you understand the workings of the legislature.

“You do this in conjunction with the executive and judiciary.
You are one of the best Speakers of the Lagos State House of Assembly.

“A lot of resolutions and laws have been passed under your tenure. I want to also join others to support your leadership,” he said.

Hon. David Setonji (Badagry 2) reiterated the creation of LSNC was based the initiative of Obasa, which he said had reinforced the security of Lagos State as he said that they work with other security agencies in the state.

He also made reference to the stakeholders meeting held annually by the House, adding that this had never happened in the country and that others have copied it.

“Whatever happens outside does not concern us because you are doing well. We are solidly behind you, we pray that you will end your tenure well,” he said.

This was corroborated by Hon. Nurein Akinsanya, (Mushin 1), who described Obasa as a boss, who he said could not be compared with any other lawmaker in the Assembly.

He urged him to continue to rule the House “because you are treating us well. You are not money conscious. I will like to support the motion that you should go on with your good works.”

Hon. Victor Akande (Ojo 1) said that he was a living witness to the leadership style and wisdom of the Speaker.

“When we came here in the 8th Assembly, seven out of eight PDP lawmakers joined you because of your style.

“For being an embodiment of knowledge, I say thank you. During the primaries, you called all of us individually as a good leader and father.

“You are a selfless leader and a man of unflinching dexterity.

“You are the only man that allows live streaming of the proceedings of the House. You have my support,” he said.

In his comments, Hon. Rotimi Olowo (Shomolu 1) said that he could attest to Speaker Obasa’s administrative acumen, and that he had done a lot to make the lawmakers feasible in their constituencies.

Olowo added that Obasa had made them relevant among their people through the stakeholders meeting.

“The training you exposed us to have also improved us as members of the House.

“The movement of Lagos State to the next level has also shown your good leadership style.

“You always want to ensure that Lagos State is not enmeshed in debts.

“You have sponsored bills and motions through proxies in the House.

“You are a selfless man as you ensure that you defended the autonomy of both the legislature and the judiciary.

“You even discussed this with President Muhammadu Buhari. You are a self made man, you are a selfless man and a great man,” he stated.

Other lawmakers also spoke on the matter and eulogised Speaker Obasa for his leadership style.

Responding, Speaker Mudashiru Obasa thanked the members for their comments.

Obasa stressed that all what the lawmakers had said would not have been possible without their support.

“You have been able to sustain the House as being above common standard of excellence.

“In the past, people used to come to the Assembly once, but now people have been coming twice, three times, four times and even five times.

“It means we have all been doing well which is why people have been returning us.

“We have contributed a lot to the the development of democracy. I want to urge you all to continue to do your best for the state,” he said.

The Speaker thanked all those that had been pointing his attention to areas of importance including the staff of the Assembly, and promised to continue to protect the interest of the lawmakers and that of the Assembly generally. 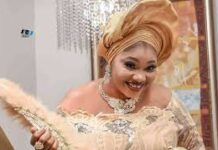