Most preferred governorship aspirant in the coming election in Ekiti, Chief Olusegun On I (CSO) has begun his tour to the 16 local government areas in the state.
The former governor was received by a mammoth crowd at Ekiti South/West Local Governments which was his first point of call on Monday 5th. It was another carnival like welcome for CSO on getting to Ikere Ekiti, headquarters of Ikere Local government, the hometown of Olushola Eleka, the serving deputy governor of Ekiti State who is also governor Ayo Fayose’s imposed PDP candidate for the June 2018 election.
The campaign train stormed Ise/Orun and Emure local governments today and as expected it was a big turn out of CSO’s fans who trooped out in thousands to display their supports for the Man of The People.

The tour will continue tomorrow, Wednesday 7th as the train will be touring Gbonyin and Ekiti East local governments. Efon and Ekiti West will be the next point of call on Thursday 8th March.
Chief Segun Oni and his crew would pick up again on Monday 12th as they will be visiting Ijero and Ore-Ofe, Moba and Ado on Tuesday on 13th, Ikole and Oye on 14th and the final touch will be at Ilejemeje and Ido/Osi, the homestead of Oni.

Primate Ayodele Empowers Women With N7 Million In His Church 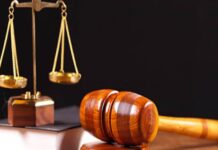 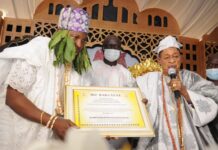