The Federal Government and the organised labour early hours of Friday resolved the disagreement on the percentage for the consequential adjustment on the new N30, 000 national minimum wage.

Attacks On Our Offices, A National Emergency, Says INEC 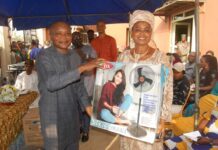