Lagos State Governor, Babajide Sanwo-Olu yesterday said Lagosians would remain grateful to the late Brig. Gen. Mobolaji Johnson, who was the first governor of the state.

The governor, who visited the Ilupeju, Lagos Mainland home of the late Johnson, was received by family members.
He arrived at about 6.15 pm and spent almost 30 minutes with the family.
He said the pioneer military governor of the state laid a solid foundation and served diligently.
Sanwo-Olu noted that his contribution to making the state first among equals was enormous.
The governor said: “Papa served Lagos State diligently and conscientiously, laying a solid foundation that our dear Lagos State is thriving on. Lagosians will remain indebted to Papa. His legacies outlived him. May his gentle soul rest in peace. The perfect officer and gentleman truly personified.
He was a good man, says Jakande
The first Executive Governor of Lagos State, Alhaji Lateef Jakande and his wife, Abimbola, were the first to pay a condolence visit to the family of the late Johnson.
But none of the deceased’s family members was on hand to receive them.
Jakande described late Johnson’s death as a great regret.
“It’s a loss of our time. He was a good man. And I  pray that God will bless those he left behind,” he said.
He prayed for the repose of the late governor.
He left without saying goodbye, says Aduwo
Vice Admiral Akin Aduwo (retd), said: “M . O . J, so you have left without a chance to say goodbye. I don’t know what to say now, rest in peace.”
sharing is Caring... Please Share

2019: APC Stakeholders Kick Against Choice Of Amaechi As Buhari’s Campaign... 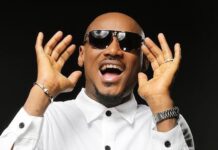 Cheating Allegation: 2Face Finally Breaks Silence *Says: ‘Everything will be...

We are not impressed with state of things in Iba LCDA-...

How Primate Ayodele Predicted Death Of Olubadan In His 2022 Prophecies