From the N330b fine imposed on MTN Nigeria Communications Limited,  a topmost GSM service provider, a whooping N165b has so far been paid.  This was confirmed by Nigerian Communications Commission as the Executive Vice Chairman, NCC, Prof. Umar Danbatta, has said.

Danbatta, stated this while hosting some MTN directors, who paid him a courtesy visit in Abuja on Monday after a board strategy meeting.

He also disclosed that the National Frequency Management Council had decided that the firm should retain the controversial frequency it acquired from the National Broadcasting Commission for N30bn.

However, the frequency, Danbatta stated, must be used for telecommunications services rather than for broadcast services.

The NCC had in October 2015 imposed a fine of N1.04tn on MTN for irregular registration of subscribers. However, after prolonged negotiation with both the regulatory agency and the Federal Government, the company had the fine reduced to N330bn.

The payment of the fine was spread over a period of three years and Danbatta said the company had so far kept to the schedule, making a total deposit of N165bn as the regulatory agency received a cheque of N55bn in the last two weeks.

Danbatta said, “I am delighted that you chose to have this strategic meeting in Nigeria. We always try to find pragmatic ways to engage with all operators, including the MTN.

“The National Frequency Management Council has accepted our recommendation that the 700 Megahertz spectrum that was assigned to you by a sister agency, the National Broadcasting Commission, (which has been on hold) should stay with you on condition that you use it for telecommunications services instead of broadcast services.

“Part of the fine was paid in March. Not more than two weeks ago, we received a cheque for N55bn. So far, MTN has paid more than 50 per cent of the fine. That would translate to N165bn. The payment they are making is consistent with the terms of agreement we reached with them.”

He also said, “There was an amicable settlement and agreement leading to the way the fine is being paid. So far, they have not reneged. This information should go out.

“Left to me, the sanction wouldn’t have been necessary but because the rules were there clearly stipulating what should be done in such a situation, the EVC did not have much option but to play by the dictates of the rules governing engagement in the telecommunications sector of the economy.”

Speaking at the meeting, both Dozie and Nhleko said it was because of the critical contribution of Nigeria to the MTN Group that the meeting was held in the country 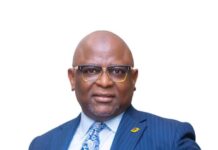 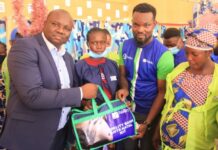 ‘Wike Not Plotting To Destabilise APC’

Why We Must Control Social Media — Presidency