Ace Yoruba actor and movie producer, Taiwo Hassan, who is populary known as Ogogo has recounted how he lost his first wife to an illness he battled for eight years.

Ogogo, who just marked his 60th birthday, said his first wife thought he had HIV and abandoned him while on sick bed.
In a recent interview with City People, Ogogo said all his friends also forsook him when he was sick and became very skinny from 2004 to 2012.
“This life is very funny. I’m a Muslim, my wife is a Christian and she decided to practice her religion which I allowed on one condition, she will never take any of my children to church. Now see how God helped me through her religion. Along the line, I had appendices and that one too was serious. I got married to another wife because people turned my wife against me during my sickness. One of the reasons I fear some churches when they tell you that a person responsible for your problem is the person that is very close to you. What do you think? When you have a wife and she begins to run from you. I asked her, do you also believe I’m HIV positive? If then, I will ask them to check you because I know myself and I know I’m not promiscuous.
“It got to a stage; many of my colleagues couldn’t even shake me again, some could not embrace me again. God bears me witness, they all abandoned me. The woman I married later was a friend who we’ve for the past 2 years we’ve known ourselves. I was just passing-by one day and I saw her. I greeted her, she didn’t even know I was the one because I’ve really emaciated. It was my voice she was able to recognise when I told her I was the one. She said Sir T, what happened to you? Right there where she was standing, she was still there until I drove into another street.
“I saw her by my side during that period. By the Grace of God, she gave me 2 beautiful children. My first wife said she knew it had been destined to be so because she trusted me, and she knew I was faithful to her. I’m not saying I’m a saint but I thank God for my life. We all have to be very careful in this life; the heart of a man is desperately wicked.”
sharing is Caring... Please Share 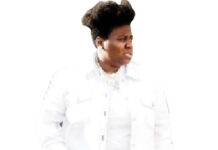 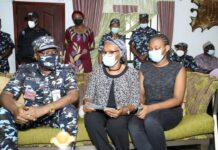