Leader of Oodua People’s Congress (OPC) Otunba Gabi Adams who ís recently nominated as the 15th Aare Ona Kakanfo of Yorubaland, the powerful title that  has since remained vacant since 1994 after the demise of Chief M. K. O Abiola who was the last occupant.

The title that represents generalisimo of the Yoruba race  is seeing as being too big for the OPC leader by some Yorubas while others see Adams as the appropriate candidate for the title.

In his statement,  the new Are Ona Kakanfo has allayed the fears of his critics as he promised to take Yoruba land out of oppression and ensure justice reigns supreme.

“This Aare Onakakanfo position will moderate my radicalism but I will not compromise.

I am ready to make friends and resolve any issue I have with every Yoruba persons and Nigerians.

I will, as soon as possible, meet with Asiwaju Bola Ahmed Tinubu, I will meet Chief Olusegun Obasanjo as well as Fasehun and others.

I am ready to fight for justice for Yoruba people and for Nigerians.

I assure you that I will be good to Nigerians irrespective of their tribes.

Iku Baba Yeye found me worthy of the title because I was young and courageous to face any aggression. My charisma, determination, loyalty, focus and interest in the Yoruba race played a role in my choice for the title.

Note that one could be chosen for the title only as a philanthropist and a freedom fighter.

I thanked God for making it possible for me to be chosen, and I   pledge that I  will serve the motherland faithfully.

I thanked the media for playing a vital role in my life”. 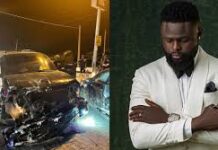