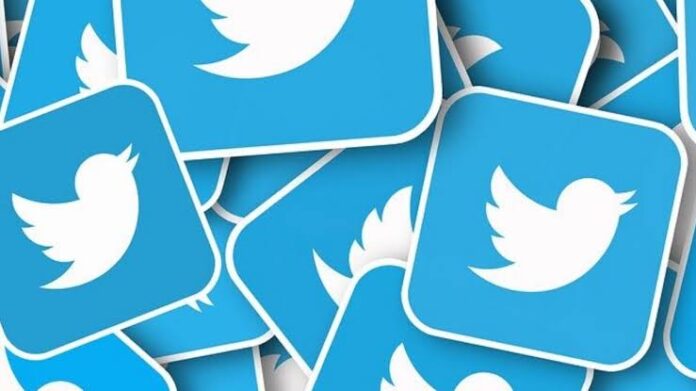 Nigerian celebrities are currently upset with the Federal Government over its decision to ban Twitter use in the country.

On Friday the Minister of Information and Culture, Lai Mohammed, via a statement by his Special Assistant on Media, Segun Adeyemi, announced the indefinite suspension of Twitter operations in Nigeria.
The statement read, “The Federal Government has suspended, indefinitely, the operations of the microblogging and social networking service, Twitter, in Nigeria.
“The Minister of Information and Culture, Alhaji Lai Mohammed, announced the suspension in a statement issued in Abuja on Friday, citing the persistent use of the platform for activities that are capable of undermining Nigeria’s corporate existence.
“The Minister said the Federal Government has also directed the National Broadcasting Commission to immediately commence the process of licensing all OTT and social media operations in Nigeria.”
Early today, the Twitter ban took effect to the displeasure of many Nigerians especially celebrities who use the platform to communicate directly with their fans.
Popular skit maker, Debo Adebayo fondly referred to as Mr Macaroni via his Twitter handle reminded the APC-led administration that they used Twitter as an efficient campaign tool in 2015.
“General Buhari and APC used this same Twitter to criticize past administrations and campaign for elections. Now that the citizens are holding them accountable with the same platform, heat is catching them. They want to take away the people’s freedom to speak. Dictatorship 101.
“Yet you used the same Twitter to announce the ban there are a thousand and one problems we are facing in Nigeria and this isn’t even one!!! Misplaced priorities!! Nigerian Government, stop this tyranny!! Focus on serving the people or get out of office!!!
He continued, “This administration has done nothing but make life miserable for Nigerians. No ideas, no innovations! No solutions to problems. Nothing! Just sheer arrogance and irresponsibility. General Buhari; The man who cried so that Nigerians will also cry and suffer.
“The social media was sweet and juicy in 2015. Now it is bitter because we use the same social media to demand good governance from you. You sir have indeed given us a new Nigeria of killings, kidnapping, banditry, loss of Jobs, economic instability and dictatorship!!”
Popular singer, Darey Art Alade noted that Nigerians are now emotionally drained, no thanks to the government. He tweeted, “We are all emotionally drained. How much more of this can we really take? Fix the country, No! Fix the economy, No!! Fix insecurity, No!!! Gag the little freedoms remaining, YES!!!! oh and by the way, can you see this tweet?”
Nigerian music executive, Steve Babaeko opined that the Nigerian youth is an endangered species. He tweeted, “The Naija youth is an endangered species: Crypto ban = Loss of livelihood Twitter ban= More loss of livelihood Meanwhile youth unemployment stands tall at almost 35% #TwitterBan.”
Delectable actress Beverly Naya simply tweeted, “Actually cannot believe I’m using my VPN for Twitter, they’ve actually shut it down. No words! Livid!”
Singer turned politician, Banky W, in a series of tweets condemned the government’s decision to ban Twitter. He wrote, “Nigerian Government bans Twitter, and announce the ban on Twitter. You can’t make this up. Clueless. They can’t stop kidnapping, armed robbery and terrorism… the country is as unsafe as ever… yet they can seize passports and block bank accounts of peaceful protesters. They ban cryptocurrency. They ban Twitter. Completely out of touch with the plight of young people.
Banky W further queried why Nigerian legislators are silent about the Twitter ban. “And where are all our elected Reps and Senators that are supposed to represent us? Are they all going to continue to stay silent? Government is called “Public Service” because they’re meant to *serve* the public. They’ve turned Govt into a shortcut to wealth and a retirement home,” he tweeted.
sharing is Caring... Please Share

Have Sex In The Car And Get Two Years Imprisonment- Police... 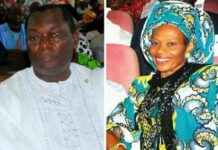 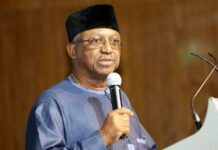 Free Me On Bail, I Need My Herbalist – Convicted Ex-Gov...