The groups described the planned acquisition as an attempt to defraud the people of Ogoniland.

These views were expressed in a statement issued by the groups entitled; “Ogoni In Diaspora Tell Gov. Wike Caveat Emptor On OML 11.”

The statement, which was dated October 7, 2019, was released to the media by the groups.

While congratulating Governor Nyesom Wike on his recent second term election as Rivers State Governor, the groups said that it wishes “to draw his Excellency’s attention to the ongoing Royal Dutch Shell soliciting ponzi scheme to defraud and extort plaintiffs, the people of Ebubu, Eleme and Ogoni.”

They added that this reflected on an article titled “Rivers State Government Acquires Shell’s 45% Interest in OML 11” and dispatched in various media networks across the country.

It was added in the statement that “the simple logic dictates that in a true democracy, the most important office is not so much that of the president, governor, senator, lawmakers, judges but that of citizen. Therefore, we respectfully remind you not to fall for Shell retail politic and eventually misuse and abuse the power of your office as the executive governor of Rivers State.

“Do anyone buy a car from a car jacker, or could police forged a title for a stolen car without recourse?… of course not. In the same vein, Shell cannot sell Ogoni stolen oil, without recourse.

“As such, you cannot coerce, conspire or cohort with Shell to defraud Ogoni. In that, it wouldn’t only be a violation of Ogoni social contract, but a breach of your oath of office to protect Rivers State from both internal and external aggression, which Ogoni is not an exception.

“This ploy to extort, defraud and confiscate Ogoni oil, land, livelihoods and historical heritage appears to be both external and internal aggression.”

“By the way, this backyard deal only revealed that Shell had over the years cohort with Total and Agip to defraud Ogoni and Nigeria at large.”

According to the groups, the petition was for the attention of the Governor and action and “not to be bamboozled and hoodwinked into Shell retail maneuvering.”

It was alleged in the statement that “Shell stole Ogoni yesterday, mortgage our today but will not sell Ogoni future and that of Ogoni children.

“So we hope you don’t err on the side of caution, interest and judgment.

“We want to reiterate that Ogoni oil is not for sale nor transfer but will only operate by an Ogoni indigenous company for the development of Ogoni and Rivers State.”

The groups also used the statement to call on the Governor to investigate Shell’s alleged N130 million that was given to a community in Yorla, which they said led to “wide spread cultism that have taken many lives,” adding that “Ogoni will work, dialogue or partner with Rivers State, only on Ogoni terms, and must not be blindsided.” 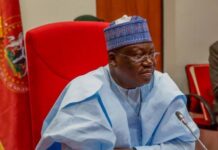 Why APC, PDP Senators Voted Against E-transmission Of Results -Lawan 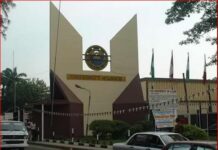