free antibiotics at cvs pharmacy amoxicillin for toothache dosage how much is lipitor without insurance mens over the counter uti medicine
32.2 C
Lagos
Sunday, October 24, 2021

Three hundred and six members of Mountain of Fire and Miracles Ministries (MFM) who graduated with first class honours from their various universities were Sunday given cash awards by the General Overseer of MFM Ministries Worldwide‎, Dr. Daniel Olukoya.
‎The award ceremony marked the highlight of activities that brought to a close, the church’s 30th year anniversary celebrations and international convention held at the Prayer City, Lagos – Ibadan Expressway.
Under the auspices of “Dr. D.K Olukoya’s Academic Award of Excellence”, this year’s award event, attracted highest number of beneficiaries since its inception ‎in 2010.
Olukoya, while announcing the numbers, told the congregation that ‎the “Dr. D.K Olukoya’s Academic Award of Excellence”‎, which is one of his 70-point agenda to reach out the youth, was focused on presenting car gifts to the beneficiaries, could not be sustained after two editions as the numbers grew exponentially.
He said at the first edition, there were only 19 recipients, who also got car gifts.
The second edition, according to him, ‎had 15 recipients and were presented with brand new QQ3 and QQ6 cars and certificates of honour.
Dr. Olukoya told the congregation that by the third edition, the number rose to ‎77 and because of the number, each recipient was given a cheque of N500,000 and certificates of honour.
He also said that at fourth edition, the number of first class graduates within the membership of the church rose to 106 and each got a cheque of N500,000 and a certificate of honour.
Sunday’s event, which marked the fifth edition, ‎brought in over 300 recipients.
‎Olukoya’s wife, Pastor Shade, was assisted in the presentation ceremony by Governors Babajide Sanwo-Olu and Udom Emmanuel of Lagos and Akwa-Ibom states respectfully.
Olukoya admonished the youths to take advantage of the awards, adding that, “Of all churches I know of, MFM now produces the largest number of first class graduates every year. “
Olukoya had, during the convention, revealed to members how God gave him the vision to start the church in 1977.
‎He said: “I was sleeping in my one-room apartment in the Boys Quarters of a house located on Herbert Macaulay Way, Yaba, in 1977, when I heard a sharp voice. I then woke up and walked towards the door. But I did not see anybody.
Again, for the second time, the voice came and as I was whose it was, the Holy Spirit said: ‘son remember the call of Samuel’.
“Then he started giving the covenant that led to the establishment of the MFM.”
He also said, though he got the messages and the covenant from God, the MFM was not founded until 12 years later.
‎The convention, which opened for real spiritual activities, attracted hundreds of thousands of worshippers to the venue while millions of others are following the activities through the various alternative channels of the church.
‎Today’s activities include three Manna Water prayer sessions, 30 prayer sessions and 30 deliverance sessions.
The convention kicked off on Friday evening‎.
Worshippers, in their thousands from all over the world, who had arrived early for the convention were treated to a highly-anointed and spiritually-packed concert on Friday evening as a prelude to today’s service.
The closing ceremony of the convention attracted total fathers, politicians and business personalities.
sharing is Caring... Please Share 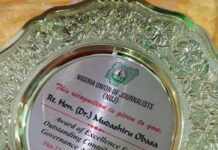 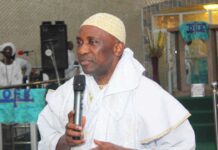 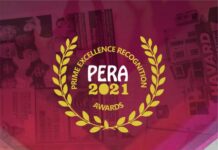 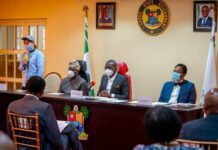 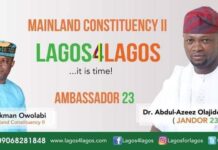