generic xanax price lexapro price walgreens average cost of generic xanax without insurance cost of valtrex can you get metronidazole gel over the counter
26.2 C
Lagos
Thursday, May 13, 2021

The Oluyin of Iyin-Ekiti, in Irepodun Ifelodun Local Government Area of Ekiti State, HRM Oba Ademola Ajakaiye, has joined his ancestors.
According to reports, the Ekiti State police command on Friday evening confirmed the death of the Oluyin.
HRM Oba Ademola Ajakaiye retired as the Chief Judge of Ekiti State.
There has been palpable uncertainty about his death since yesterday morning as some chiefs in the palace claimed that the monarch was hale and hearty.
However, situation report from Iyin Ekiti to the state police headquarters confirmed the demise of the monarch.
The report quoted the chief security officer to the late monarch who confirmed that the prominent Oba had indeed passed on.
Meanwhile there has been palpable calm in the community over the incident.
sharing is Caring... Please Share 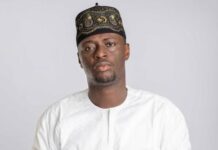