One person was shot while many others were yesterday injured at the Igando area of Lagos State when members of the  National Union Of Road Transport Workers (NURTW ), and the Road Transport Employers Association Of Nigeria (RTEAN) clashed. Already, I0 persons have been arrested in connection with the pandemonium.

The War of supremacy between the two Unions, which was said to have disrupted economic and social activities in the area, raged on until 1 pm.
The fight started as early as 7 am, leading to panic and confusion as residents and passersby scampered for safety.
It gathered that Lati  Bashiru was shot in his left arm, while scores sustained various degrees of injuries as the two contending unions, deployed the use of gun, matches, bottles, charms, iron rods and other dangerous weapons, as they battle for the control of igando garages and parks.
Witnesses alleged that the factions numbering about 100O  had met in a major junction known as last bus stop, connecting Isuti Road, Igando bus stop,  in an apparent move to take over the ticket selling points.
The factions resisted each other which resulted into free for all and the use of gun, matches, bottles and other dangerous weapons.
In the confusion that ensued, one of the police officers deployed to the scene, (names withheld), was allegedly manhandled and taken hostage by the rampaging NURTW Touts, until the OPS officer, identified as DSP Maximus Osiehgwu, intervened with police reinforcement.
It was gathered that despite heavy deployment of regular and Special Anti Robbery Squad operatives by the Igando Divisional Police Officer, CSP Taiwo Kasumu, who was seen armed, sweating and running  round the Eight battlefronts used by the daring rioters, many residents were, wounded and some robbed.
A visit to a treatment center along Old Akesan Road, igando, it was gathered that 10 pellets  were said to have been removed from Latin Bashirus  gun shot wound, while one Mrs. Aberejo Oluchi, was being stitched of cuts she sustained on her left leg.
In a chat with  Bashiru , he revealed that he was shot by a street urchin, Are Saka.
According to him, his offense was that he is related to an NURTW ticket seller called Taiye.
It was also gathered that while the rampaging NURTW and RTEAN members were withdrawing from the superior police firepower, some hoodlums used the opportunity to be Robbie residents and destroying people’s property.
A witness, Bobby said that an unfortunate woman, who said that she was going for shopping, had her N150, 000 stolen by force, while the operator of a newly opened car wash, near Galaxy hotel, said he lost his Phone to the hoodlums.
The proprietress of Wakisco Bar and Restaurant, located at No. 71 Old Akesan road,  Mrs. Jonathan Ifeoma, narrated how street urchins  invaded her premises, beat up her son and carted away cartons of beer, malts, fried fishes, chicken, and goat meat.
A police source told our Correspondent that over 10 suspects, comprising of men and females have been arrested at the various scenes of crime
sharing is Caring... Please Share 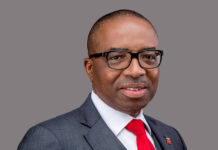 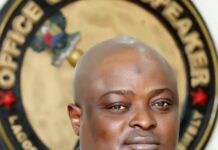 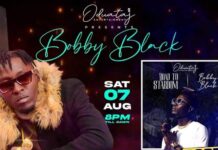