It was a convergence of top politicians from the two warring political parties in Oyo State, the Peoples Democratic Party (PDP) and its arch rival All Progressive Party (APC) as some chieftains of PDP defected to APC.

Despite the overtures by the national leadership of the Peoples Democratic Party to  a  former governor of Oyo State, Otunba Adebayo Alao-Akala, he and several others defected to the All Progressives Congress (APC), yesterday. APC Leader, Asiwaju Bola Tinubu To receive the former governor and thousands of his supporters to the APC were the national leader of the  APC, Asiwaju Ahmed Bola Tinubu; Governors  Abiola Ajimobi (Oyo), Oluwarotimi Akeredolu  (Ondo), Ogbeni Rauf Aregbesola (Osun), and other party leaders.

The event was held  at the ancient Mapo Hall, Ibadan. Other defectors include ex-Senate Leader and gubernatorial candidate of the PDP in 2015, Senator Teslim Folarin, a  former Secretary to State Government under the administration of Governor Rasidi Ladoja , Chief Ayodele Adigun, a  former Oyo State PDP Chairman, Hon. Yinka Taiwo, and a former Oyo State House of Assembly Speaker. Tinubu, addressing the rally, said,

“Opposition is finished in Oyo State. The belly of their fish is already smiling at the sun. Today I very important for us as it is the birthday of our Governor in the State, Senator Abiola Ajimobi who has broken the jinx of second term in the State.

I thank my friend Alao-Akala; I thank the former Senate Leader Teslim Folarin; I thank Chief Ayodele Adigun and all others for building this House (APC). We are proud of our party. It is the only available party in Nigeria”

Suspected IS Commanders Arrested In Abuja 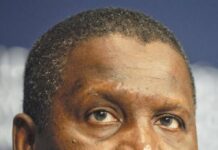 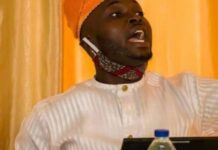 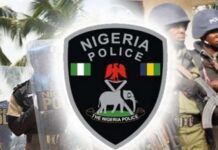