how to get rid of a male yeast infection valacyclovir price how much does lexapro cost how much does adderall cost per pill tamiflu liquid cost best over the counter medication for strep throat
32.2 C
Lagos
Sunday, September 26, 2021

Around 1976, Orji Uzor Kalu was one of the students attracted, and possibly, headhunted into Government College Umuahia (GCU) by the Principal, O.O. Otisi. The Principal had eased the mobility of footballers into the college with the aim of strengthening the legs of the school senior football team towards winning the Academicals Cup. 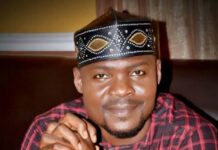