chlamydia over the counter medicine erythromycin used to treat what can i use over the counter for a uti how much does a prescription cost without insurance plain yogurt for yeast infection
25.2 C
Lagos
Thursday, June 17, 2021 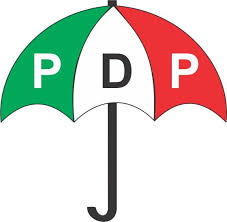 The Deputy Chairman of the Osun State chapter of the Peoples Democratic Party, Sunday Akanfe, has accused the All Progressives Congress-led administration in the state of sponsoring crisis in the party.

He alleged that the Governor Adeboyega Oyetola-led APC administration sponsored the parallel state PDP office.
This was contained in a statement issued by Akanfe in Osogbo on Thursday.
Akanfe also alleged that the ruling party was determined to use Mr Soji Adagunodo, who was recently reinstated by a court as the PDP state chairman to polarise the party.
Adagunodo had alleged that the Akanfe-led PDP interim administration paid for the parallel party secretariat even when he was on suspension.
The party chairman spoke during the inauguration of the party secretariat on Wednesday.
However, Atidade, the state Deputy Chairman of the PDP, in his statement, said, “We have it on good authority that APC strategy is that Adagunodo, rather than publicly defecting to APC, should stay put in PDP and foment trouble that will decimate and divide our party with a promise to continue to assist in financing his diversionary moves.
“The Oyetola-led government, according to our reliable sources, gave Soji Adagunodo, a huge amount to factionalise the party beginning with the establishment of a new secretariat, while their next move will be to embark on mobilisation of PDP members towards decimating our party in the state.”
‌
When contacted, the Commissioner for Political Affairs and Intergovernmental Relations, Taiwo Akeju, dismissed the allegations.
Akeju said, “The PDP is being haunted by its past. Oyetola did not give money to anyone to rent the secretariat.”
sharing is Caring... Please Share 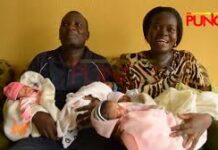 APC Chair: Coast Clears For Oshiomole As Ebri Steps Down

Trump Plans Permanent Base In The Moon For Americans