The feud between Osun State Governor, Mr Adegboyega Oyetola and his predecessor, Ogbeni Rauf Aregbesola has deepened as their aides seem not to agree on how to celebrate the administration’s second year anniversary.

Oyetola’s loyalists berated Aregbesola adherent for attempting to stage 10 years of progressive governance, describing the move as an affront on the present administration.
According to them, Oyetola is the leader of the party and his administration’s second year should be the focus of the celebration not ten years anniversary of progressive governance in the state.
But Aregbesola loyalists opted that the programmes could simultaneously without leading to controversy.
Aregbesola’s spokesperson, Sola Fasure said the Minister would be in town to engage the Governor and other stakeholders in line with the directive of President Muhammadu Buhari that cabinet members should go back to their constituency to resolve the EndSARS crisis, adding that it coincides with the 10-year anniversary.
The minister is coming principally to carry out the presidential directive that all cabinet members should go back to their respective state and engage the governor, youths, and other critical stakeholders on the issue of security challenges we face in the country especially on EndSARS.
He has written to the governor to inform him that he will be in Osun and that coming coincide with the 10 anniversary of the return of the All Progressive Congress administration in Osun.
Aregbesola spent 8 years and handed over to Oyetola who has spent two years now and was part of the first 8 years. Oyetola was a front liners in the administration as the chief of staff. When we are celebrating progressive governance, there could be as many platforms to celebrate, the more the merrier.
However, Oyetola’s Chief Press Secretary, Ismail Omipidan denied having knowledge of any 10th year anniversary in the state.
“Neither the party nor my principal was aware of the proposed celebration of the 10th year anniversary of the All Progressives Congress (APC) in Osun State.
“The only thing I know is that we are planning our second year anniversary. I am a member of the committee. The party in the State also has representatives in that committee. There is no such programme in our lineup. Can you shave someone’s head behind him?
Fasure is being economical with the truth by saying that Governor Oyetola is part of the planned celebration. He should step forward and present further evidence to back his false claims or forever remain silent,” Omipidan said.
sharing is Caring... Please Share 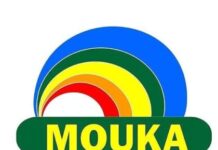 We Don’t Joke With Staff Welfare -Mouka Foam Mgt … As...

Why I Met With Top APC Leaders, By Fani-Kayode