It was a pathetic situation in Benue State as no fewer than 50 persons have been killed in fresh attacks on Benue communities by suspected Fulani herdsmen after they invaded parts of the Guma and Logo Local Government Areas of the state on New Year’s Day.

The Chief Press Secretary to the governor, Mr. Terver Akase, confirmed the attacks, saying those dead included nine members of the Benue State Livestock Guards, while dozens were critically injured.

Ortom who was distraught over the incidents was said to have wept profusely at the scene of the attacks and called on President Muhammadu Buhari to protect his people from the hands of the bloodthirsty herdsmen.

The governor was also at the Benue State University Teaching Hospital to commiserate with the injured and said that the development was unacceptable.

The deadly incidents forced him to call an emergency meeting of the State Security Council on Tuesday to discuss the issue.

The attacks were said to have been carried out between New Year Day and yesterday in both local government areas.

A source disclosed that the invaders came into Logo at about 10 a.m. on New Year day, shooting sporadically as worshippers were coming out of church.

According to him, communities attacked included Ayilamo, Turan and Gaambe-Tiev in Logo. 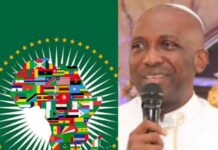