It was a gory scene on Saturday in Ikoyi-Ile community of Isokan Local Government Area of Osun State, when policemen exhumed the decomposing corpse of a female Lagos State University student, Favour Daley-Oladele, allegedly killed by her boyfriend, Owolabi Adeeko, for money ritual.

The Police team that went to the church where the lady was buried in a shallow grave was led by the Commissioner of Police in Osun State, Babatunde Kokumo, who explained that the exhumation of the remains of the 23-year-old student would enhance the completion of investigation started by the Ogun State Police command.
He, however, assured the people that the Police would look into the fear raised over the number of churches in Ikoyi-Ile, just as he tasked parents to strike a balance between moral upbringing and the academic programme of their children.
Kokumo said, “we are all aware of the gruesome killing of a student of LASU. The killing has been traced to Ikoyi -Ile. In furtherance of the investigation started by the Ogun State command. We have brought our homicide experts to exhume and help in the furtherance of the investigations started by the Ogun State police command with a view to prosecuting the suspects.
“It is a gruesome murder and the whole thing is quite horrible. We will not fold our arms and watch lawless citizens take laws into their hands, destroying peoples lives.
“We have been informed that we have a number of churches in this community. It is our responsibility to conduct our investigation. What we are doing is intelligence policing driven by the people’s need. If the community are making us know that they are no longer comfortable with the number of churches in the community or the calibre of such people running the churches then it becomes our responsibility to conduct an investigation on their activities and check them.
“My advice is that parents have a lot of roles to play. We have a lot of children in schools, the parents owe them the responsibility to let them know that apart from their academic pursuit they must see to their moral training. It is only when the two are well combined that you can have a complete human being. They should see to the peer group they belong,” Kokumo remarked.
It is recalled that Owolabi Adeeko had in December 2019 lured Favour Daley-Oladele to a church in Ikoyi-Ile, where she was brutally murdered. Her heart, breast and other vital organs were removed to prepare a concoction by Pastor Segun Phillip of Cherubim and Seraphim Church, Solution Chapel. The concoction was reportedly eaten by Adeeko and his mother. The trio has since been arrested by policemen.
sharing is Caring... Please Share

How Kwara-born Developer Is Providing Affordable Houses For Abuja Residents 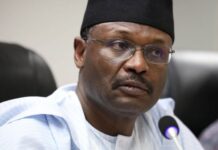