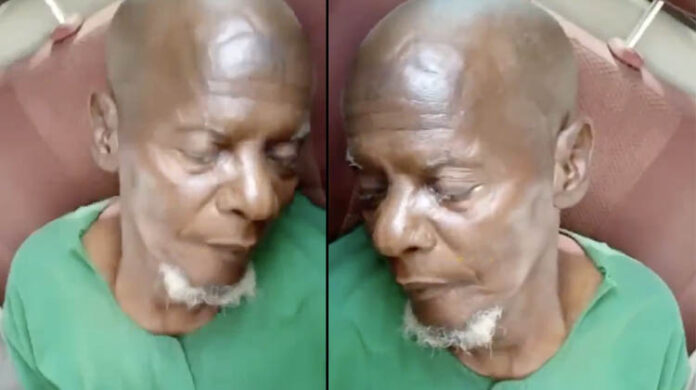 The Oodua Peoples Congress has said it didn’t burn down the house of notorious Fulani warlord Iskilu Wakili after he was arrested on Sunday at his residence between the Kajola and Ayete areas of Ibarapaland in Oyo State.
The OPC also said no one was killed when ten of its operatives carried out Wakili’s arrest on Sunday morning, adding that Wakili and three of his accomplices were immediately handed over to the police in Igboora.
It had earlier been reported that the Oyo State Police Command said on Sunday that it detained three OPC operatives for allegedly burning down Wakili’s house and killing an unknown woman in the process.
But speaking in an exclusive interview with The PUNCH on Monday, Adedeji Oluwole, the OPC sector coordinator who led his operatives and other vigilante groups to arrest Wakili, said the allegations of arson and murder by the police were untrue.
Asked whether his men burnt down Wakili’s house after the arrest, the OPC leader said, “We don’t know anything about that. After we arrested Wakili, we left the scene. We had no idea whether the house was burnt or a woman was killed. It was last night that we read the news that a woman was killed at the scene of the incident.
“We arrested Wakili and three of his men. Nobody touched them. We were not there to kill anybody or to burn the house.”
He called on Yoruba leaders to come to the rescue of his men, saying it is unfortunate that the police resorted to hunting his men after arresting the notorious Fulani warlord while Wakili was moved to the hospital.
Oluwole said, “My boys are still in police custody but we call on Yoruba leaders to come to our rescue because these boys are innocent; they know nothing about these allegations. Up till now, they have not taken them to court and they are still in their custody. Even I myself, the police have been chasing me and I’m shocked because I have not committed any offence.”
Before Wakili’s arrest, farmers and residents of Ayete, Kajola and neighbouring villages in Ibarapaland lived in perpetual fear of Wakili who was accused of displacing them from their farms, kidnapping their rich men and raping their women.
Oluwole, the Federal Capital Territory OPC coordinator, who is also an indigene of Igboora in Ibarapaland said he relocated four months ago to Ayete to bring Wakili to book after security agencies failed to arrest him.
The OPC leader said it took over four days of continued operations and surveillance to nab Wakili and three of his accomplices, adding that Wakili’s men shot fiercely at the OPC operatives before they were eventually arrested.
He, however, expressed dismay that the police were witch-hunting the OPC men for executing what the police failed to do.
“We feel bad that the police treat our men like this while they pamper Wakili. We don’t have any regret whatsoever. We hand over everything to God. If the government cannot protect the people of Ibarapa and environ, I think there is nothing wrong if we protect ourselves.
“The case of Wakili has been on ground for several years and the Federal Government did nothing about it. But now that Wakili has been arrested, they started threatening us but we are not moved. We believe the people of Ibarapa will overcome this by the grace of God.”
sharing is Caring... Please Share