Inuwa Yahaya won in Gombe State. Dapo Abiodun carried the day in Ogun State. His victory was announced at 1am. The governors-elect ran on the platform of the All Progressives Congress (APC).

The electoral umpire also announced Seyi Makinde and Okezie Ikpeazu of the Peoples Democratic Party (PDP) as winners of the governorship elections in Oyo and Enugu states.

The results from many of the states were still being collated by the electoral umpire this morning.

The defeat is the third to be suffered by Agbaje in the  Centre of Excellence.

His first was in 2007 as the Progressives Action Congress (PAC) candidate. He lost to Babatunde Fashola of the Action Congress of Nigeria (ACN). He also lost to incumbent Governor Akinwunmi Ambode of the APC in 2015 as the PDP candidate.

Agbaje called Sanwo-Olu to concede defeat at 7.07pm, shortly after the APC candidate was declared governor-elect. Here is a report of the events in the states where the elections had been concluded last night:

bdulRazaq was declared the winner of the election after polling  votes.

Announcing the result, the state’s Chief Returning Officer, Prof Muhammad Sanusi Liman, declared that “having scored the majority votes out of all the participating parties, AbdulRazaq is hereby declared as the governor-elect of the state”.

The APC won all the 24 seats in the House of Assembly.

The APC had earlier won the three senatorial seats in Kwara during the February 23 Presidential/National Assembly Elections. Senatae President Bukola Saraki lost his bid to retain the Central Senatorial slot for the PDP.

Reacting to the victory, the state chairman of the APC, Bashir Bolarinwa, said it was a victory for all and a new dawn for the people.

A leading politician, Wole Oke, noted: “It is the end of fourth term in the wilderness for the youth in Kwara State political arena and landscape. It is now an opportunity for the emergence of other hitherto suppressed political might and the development and growth of potential political giants the state.”

APC’s Inuwa Yahaya was declared governor-elect with 364, 129 votes. He defeated Usman Nafada of the PDP, who scored 222,868 votes.

Incumbent Governor Abubakar Bello had last night won 24 of the 25 local government areas of the state. He looked good to defeat his PDP challenger Umar Nasko.

Governor Atiku Bagudu of the APC was declared governor-elect in Kebbi State.

The results were announced at the Collation Centre for 2019 Governorship Election by the Collation Officer, Prof. Hamisu Bichi, in Birnin Kebbi. 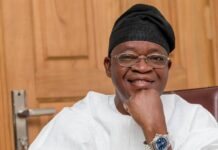 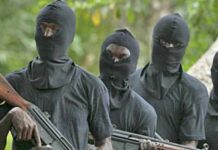