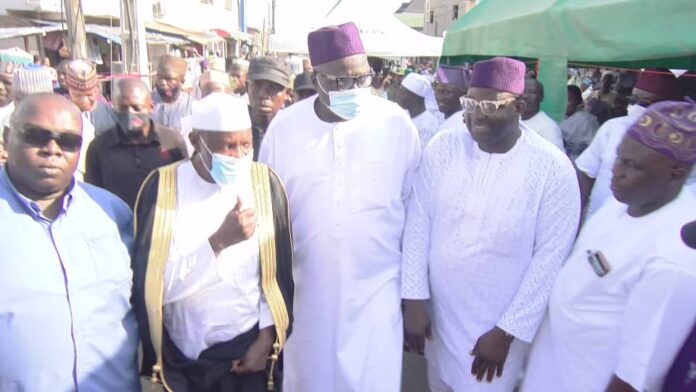 Popular Islamic Cleric, Sheikh Muyideen Ajani Bello has urged Muslims generally to intensify the acts of giving even after the end of the holy month of Ramadan. 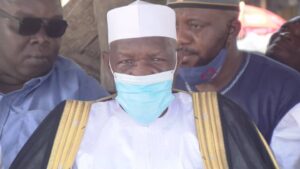 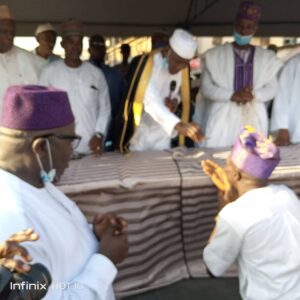 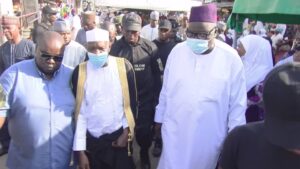 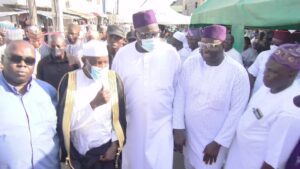 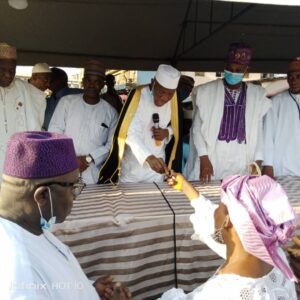 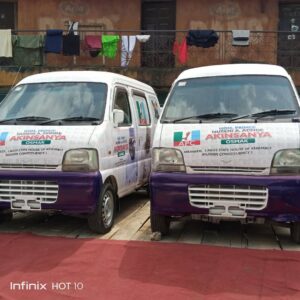 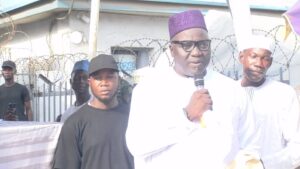 Bello spoke as a guest lecturer at an annual prayer session organized by Hon. Nurein Akinsanya, representing Mushin Constituency 1 in the Lagos State House of Assembly.

The annual event, which held on Tuesday May 11, 2021 at 21, Abiodun Street, Mushin, Lagos is organized during Ramadan every year in memory of the late father of the lawmaker, Chief Moshood Akanbi Akinsanya with the theme, “Importance of Parents.”

Sheikh Bello stated that Muslims should give to others, and that they should be tolerant, and loving, while commending Hon. Nurein Akinsanya for remembering his people at this critical period.

The celebrated Islamic Cleric admonished Muslims to forgive those, who offend them so that God would forgive them.

“All Muslims should observe the tenets of Islam. On the last day, God will ask you what you did with the money He gave you and the life that He gave you.

“He will ask you how you use your body and how many people benefitted from your work,” he said.

On what and when the programme started, Hon. Nurein Akinsanya said that it started 15 years ago in remembrance of his father, who died in 2006.

While saying that he loved his father so much, Akinsanya said that his father was his mentor and that he was very good to him.

“I make it as a point of duty to remember my father as if he is still alive. I celebrate him every year during Ramadan. That was what informed the programme. May God forgive him wherever he is.

“I chose the topic, “The importance of Parents” for this year because I want people to take care of their parents.

“I am reciprocating what my father did to me and I will continue to love him,” he said.

Akinsanya then advised Muslims to continue what they were doing even after Ramadan by feeding and helping the people, and promised to continue to serve the interest of his people as their representative in the assembly.

Also speaking, Hon. Rasheed Makinde, representing Ifako/Ijaiye Constituency 2 in the assembly, said that some of the things that were witnessed at the event were noble and worthy of emulation such as giving of gifts and money to widows and the aged within the community.

“It shows that Akinsanya is a man of the people. I want to encourage him to continue to do more and not to leave his people at anytime.

“The essence of Ramadan is what we are doing now. We abstain from those things that we love most such as food, drinks and affection to our loved ones and all sorts of social vices.

“I want to implore Muslim faithfuls to abstain from all vices even after Ramadan. For those who engage in all sorts of vices like banditry and others, they should desist from it because we are all humans.

“Subjecting others to torture and trauma is against the wish of Islam, and that of any religion and humanity,” he said.

He advised them to look for lawful ways of expressing their grievances rather than wrecking havocs on others, and implored families to take care of their children.

Hon. Sylvester Ogunkelu, representing Epe Constituency in the assembly, rejoiced with Hon. Akinsanya “for what he has been doing for the people during Ramadan.

Ogunkelu said that some people usually give food, but that Akinsanya is empowering the widows and the aged in the constituency.

“I believe that as a good Muslim, he appreciates his people, which is why he did these things for them.

“Muslims should continue to help others even after fasting,” he said.

In his comments, Hon. Ganiu Okanlawon, representing Kosofe Constituency 1 thanked God for Hon. Akinsanya, adding that what he did was the expectation from a true Muslim, especially now that people were fasting.

“He gave people cars, buses, food, money and all sorts of things worth millions of naira.

“He has made them happy and I pray that God Almighty would continue to help and strengthen him for what he has done.

“These are the kind of things we expect from Muslims, we must do a lot of prayers and supplications, which is exactly what he has done today. May Allah accept all his supplications as Ibada,” he said.

Recipients of gifts of two mini-busses that were given out the event by the lawmaker, former Chairman, Ward A1 of the All Progressives Congress (APC) in Odi Olowo, Mushin, Mrs. Bilikisu Olakitan and a chairman of the party in Olateju area of Mushin, Mr. Hamzat Rilwan could not hide their joy.

They were obviously overwhelmed by “the surprise package” and expressed their appreciation to the lawmaker.

Other highlights of the event were the presentation of cash gifts, food items and others no to people of age 70 and above as well as widows that were present at the event. 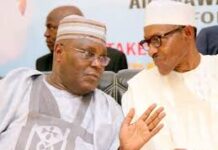 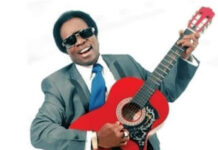