When President Muhammadu Buhari got into office as President for the first time in 2015, he promised to give Nigerians the best and work with the best set of people that would join him to move Nigeria forward.

UK to allow driverless cars on public roads in January 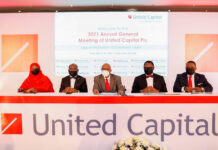